The Battle of Basing House 2010 - The Sealed Knot

Bank Holiday fun for the Bank Holiday weekend - why not check out what's happened in the revamped grounds. The blurb says
'Witness the Civil War brought to life from the 28th to 30th of August with cannon, cavalry and over 1000 re-enactors to mark the reopening of Basing house.

The Regiments of the Sealed Knot including Hawkins Regiment of Foote will be re-enacting the historical battle of Basing House this weekend. In addition there will be the usual Living History stands as well as other events organised by Basingstoke and Deane Hampshire County Council.'

Another Passing to Note, and a Reference

By now many of our reader's will have heard that noted wargames author, editor and rules writer Terry Wise passed away on August 17th. Our thoughts go out to Terry's Family. Many of us will remember being influenced either by Terry's writings in Military Modelling's "Observation Post" column, or in "Battle for Wargamer's", or his book "Introduction to Battlegaming", or his many sets of rules published by his own company, Athena. Bon chance Mr. Wise, and may you join that august group of elders already in that Great Gaming Room above for hours of enjoyment!

Now, for a timely "plug": If you haven't already heard of John Curry Events or the "History of Wargaming Project", then you need to follow the link above to check it out. John began a project a few years ago to "resurrect" as many of the seminal books, rules and printed guides for wargaming as possible and reprint them. In some cases, the original authors are still very much with us and have added new introductions or comments; in others he has dealt with the estates of the original authors and gained the rights for the re-prints.

Two of his first efforts were "Charge! Or How to Play Wargames" by Brig. Peter Young and Lt. Col. Lawford, and "The Wargame" by Charles Grant. Both of these books were published and printed by Ken Trotman with John's involvement, and are available through either On Military Matters in the US or through Caliver Books in the UK. John has also published, through his own company, most of the books and rules by such authors as Don Featherstone, Charlie Wesencraft, Paddy Griffith, Tony Bath, Terry Wise, Fred Jane, Fletcher Pratt, Phil Barker and George Gush, which either are available or soon will be directly from John's site.

Two of John's recent coups have been to arrange for a re-print of WRG's 6th Edition Ancients Rules combined with Phil Barker's classic "Purple Primer" (originally published as part of the Airfix "Guides" series) which are available for order now, and a re-print of George Gush's WRG 2nd Edition Renaissance Rules (1420-1700) with lists and amendments (still working with George as of this writing). All well worth checking out if you still enjoy these rules and books, or if you simply want to complete a collection of the "masters" of our hobby.

Always good to see the Great Northern war going strong. See still images and all the latest on this 1709 blog. 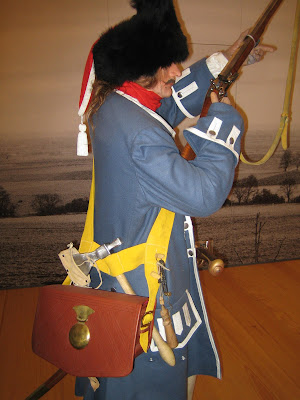 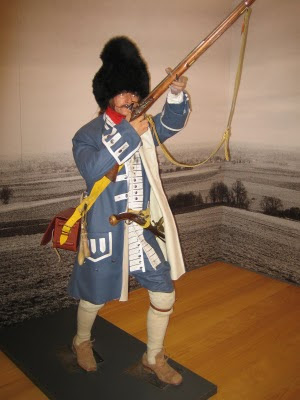 An Auspicious Day In History

On this day in history:

One win, one loss, for either side.

Again, one win and one loss, depending on one's tastes.

And on this day in history, along with many others through the years, both high and low, Sir William the Aged entered this World, probably already talking (at least if you believe my Family!).

Yet to determine if this was a win, a loss or a draw, time will tell I'm sure.

At any rate, Thank You for checking in from time-to-time and for sharing my Birthday with me. I'll try and think of something a bit more interesting to post in the next few days. 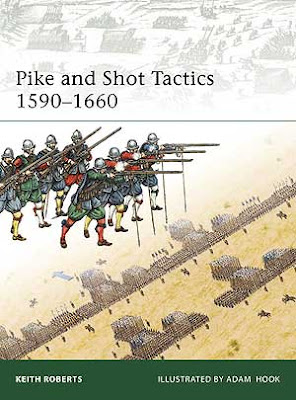 Written by Keith Roberts. He seems to know his onions when it comes to this period.
Posted by Ralphus at 01:31 1 comment:

Glory of the Sun Cavalry

Boris has been researching GNW sieges with the view to reenact them - he has shared with us the latest siege from 300 years ago so I hope you enjoy it. See a previous reenactment here. 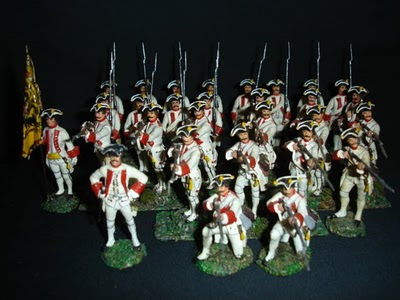 Been drooling over the painted 54mm SYW Preiser figures on the TSSD site. If that inspires you - seeing 1/32 Austrians and Prussians then Hat Industrie are on the way to producing Prussians and Austrians in that scale. We're there dude.
Posted by Ralphus at 02:15 1 comment:

Another nice wargame video from the Herts Volunteers. T