These look good. They say: 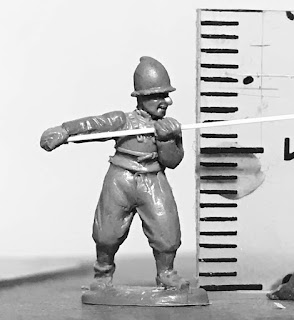 'We are delighted to announce a new 15mm English Civil War range.

This will be a comprehensive range of superior 15mm, sculpted to the high standard of our 28mm, enabling you to collect Royalist and Parliamentarian field armies.

The range with basic troop types and be particularly suitable for the early part of the war. Personalities and leaders will initially focus on the campaigns in the South West of England between 1642 and 1645. We’ll then cover the later years of the war, with the more professionally equipped New Model Army and Scots. There will also be lots of named characters, as well as the King’s Lifeguard troops.

The figures are 15mm from foot to the top of the head, so they are "true 15mm"as shown in the picture below.

We will be launching this range by Kickstarter, which we are hoping to have live this weekend and we will provide the link to that as soon we can.

The range start with both foot and mounted troops and we’ll quickly be expanding the range during 2020 and beyond.
Most of the basic figures are already sculpted with the remaining dollies due to be finished by the end of the Kickstarter.  Figures ordered via the Kickstarter will be despatched this summer. The range will then be sold through our Steel Fist Miniatures website.

Many may wonder why with so many ranges on the market we have opted to make ECW figures? The simple answer is a passion for this period!

As our customers can testify, we take detail and historical research into our 28mm figures seriously.  These new 15mm figures are also highly detailed and beautifully proportioned - perhaps more than any other ECW currently on the market. We will also provide customers a great variety of poses and will have separate horse and riders for added variety.

We hope you will support our endeavour to produce the most spectacular collection of English Civil War figures ever created.

We’re working on pack compositions and will share information on the packs for launch as soon as we can.
Please feel free to contact us, if you have any questions or ideas for figures you’d like to see.
many thanks,
Oliver and Simon.' 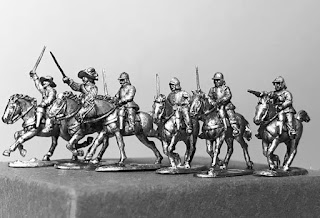 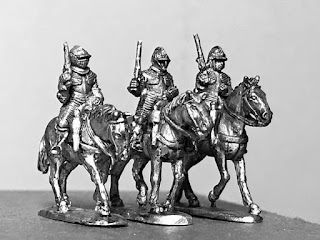 That's exciting! Be nice to have a good second choice for the Peter Pig..

The cavalry looks fine. But that pikeman? Strange proportions, a caricature, rather. Don't like him.

They look great but wouldn't the pikeman be wearing soldier's coat that would come down beneath his armour? As cast he looks like an earlier period when very short doublets were the norm.