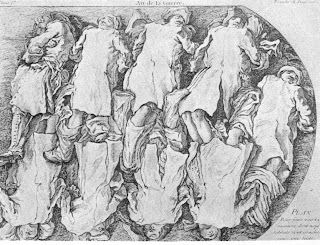 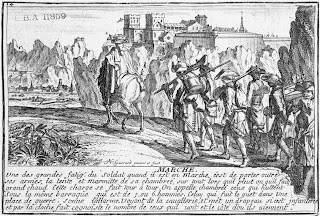 A reader of this blog asked about this image - this is the largest version I can find - it shows the French backpack - a basic canvas rectangular shaped bag with a draw string closure with a belt sewn onto it. It was pretty standard throughout the 18th century and could double up as a sleeping bag for the feet.
Posted by Ralphus at 04:31 No comments:

This Russian movie about two duellists despatched from Louis XIV's court to participate in the Great Northern War is pretty trashy but I am posting a clip of it just in case you haven't seen it and I think it's worth watching for the simple reason it's one of the very few depictions of early 18th century warfare on the big screen. Poltava is having its 300th anniversary next year and will see reenactors converge from all over Europe to recreate this famous battle. Part 2 here
Posted by Ralphus at 02:49 No comments:

This silent clip shows 3D virtual modelling of the various elements of a Vauban fortress with the nomenclature and so forth. It's a major achievement and I recommend you watch it. Made by Fortimedia. DVD here 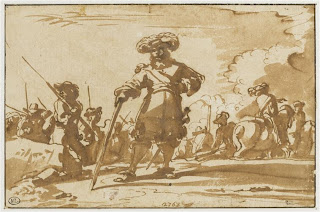 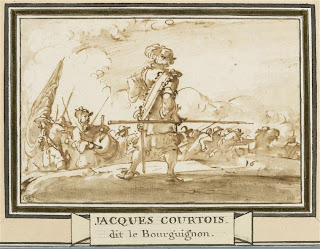 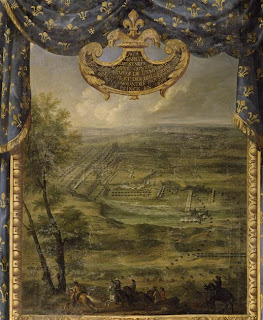 battle fought between the French under Conde and the Dutch under William of Orange in 1674 - wiki here. The Anglo-Dutch suffered 50 per cent killed including their commander Major-General Sir Walter Vane. Coehorn distinguished himself at this battle which had no clear winner. 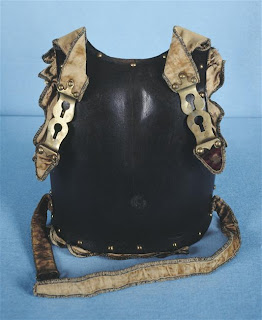 The backplate of a cuirass reputedly worn by the great Turenne.
Posted by Ralphus at 09:52 No comments: 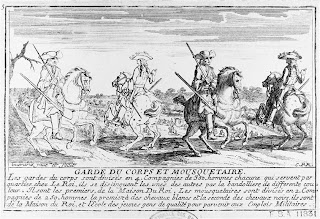 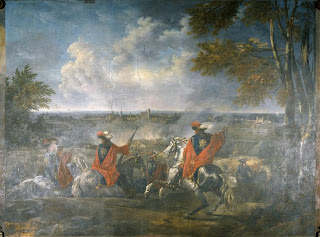 From here in the UK.
These unassuming figures have been around for quite a while - one of my reenactor friends had a huge collection of them and swore by them especially in the region of equipment for sieges and the like.
Review here. Listings here
Posted by Ralphus at 03:17 No comments:

As there is a big budget Polish movie being made about this siege I thought you might like to watch this well made documentary on this, one of history's most significant sieges. Sieges make great subject for movies in my opinion and some of the best war movies are about beleagured garrisons holding out against incredible odds. The other parts are also up. 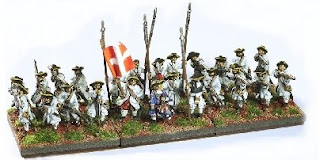 If you are looking for some 15mm figures for the 1690s then these figures by Venexia look interesting. Not sure how they mix with Hallmark or Donnington but they do attractive battalion packs with flags and uniform information which makes a good idea for those starting out on this period.
Posted by Ralphus at 09:29 No comments: 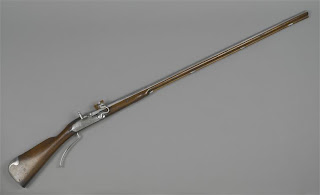 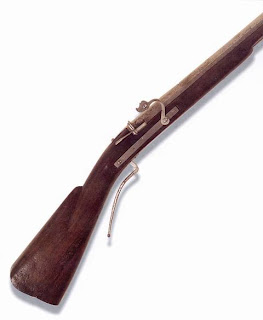 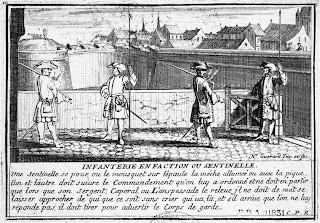 The classic arm of Louis XIV's army, the matchlock musket, (the mousquet a meche), has a distinct look and it is worth considering acquiring one in preference to the English Civil War types most repros are. It shouldn't be too expensive to get a gunmaker who specialises in arms of this era, like Derbyshire arms to make one for you - it will be even cheaper to order them in numbers. The matchlock was in official use until 1699 though numbers of them were still in use by 1704.
The above engraving by Nicholas Guerard is interesting in that the matchlock musketeer looks like he has a socket bayonet.
Posted by Ralphus at 02:54 No comments: 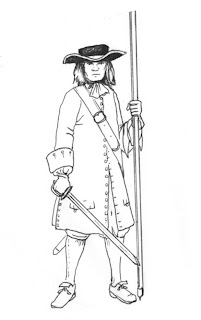 I did this drawing a few years back when I was doing a book on the Monmouth Rebellion and I found it this morning on an abandoned photobucket account and I'm actually pretty pleased with it in hindsight so I thought I'd post it.
I never got round to publishing the book but maybe I will some day soon. It is called Days of King Monmouth and is a day to day guide to the rebellion showing what happened when and where for this very brief - 6 weeks - campaign.
Posted by Ralphus at 03:02 No comments: