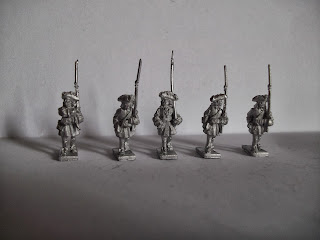 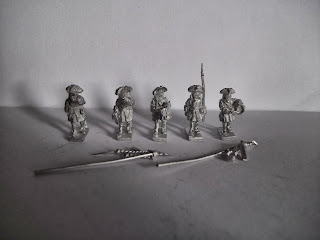 My photos don't do justice to these great new figures sculpted by Aussie Mike Broadbent - they are heroic 15s or 18mils but they have the detail of 25mms - definitely worth painting - (he also made Eureka's 18mm SYW range) command codes are particularly characterful which is something you don't expect in a small scale like this. The fusiliers have a belly box and flask making them ideal for the later Marlburian battles.
Conclusion - recommended!
Khurasan Miniatures website
Interview with Mike Broadbent
Posted by Ralphus at 06:36 3 comments: 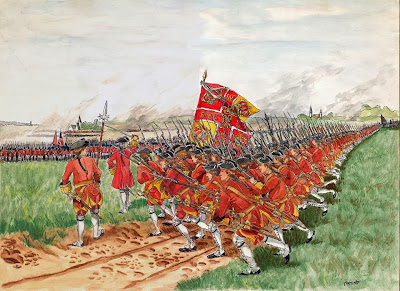 I am really impressed by this work by US-based artist Thomas Payton. It depicts the charge of the Regiment of Clare, Irish Brigade in the service of France, against the British Guards at the Battle of Fontenoy, 11 May 1745. The Irish Brigade suffered some 500 casualties on the day while capturing 15 cannon, a colour of the Coldstream Guards was taken, and the attack of the Irish compelled the British Guards to retire.
Posted by Ralphus at 04:46 1 comment: 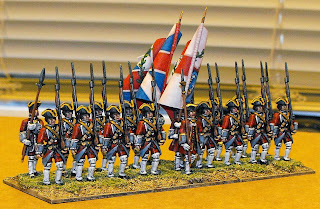 This unit in 20mm caught my eye - not sure who produces them though. See more.
My vague plan is to use the Redbox 1/72 Government troops but who does French?
Posted by Ralphus at 03:25 5 comments: 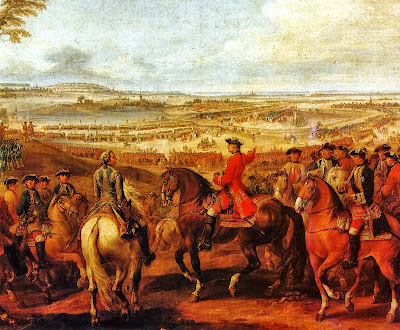 Of course the WAS (see below) is really the era of De Saxe...
Posted by Ralphus at 03:19 No comments: 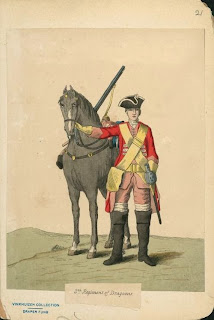 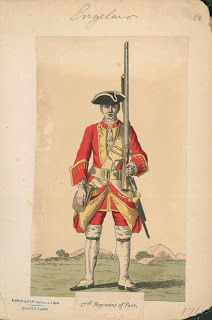 This war started today in 1740. Wiki here.
Often overlooked in favour of the SYW this war is like the cross between Marlborough's era and the era of Frederick the Great. Images from the 1742 Clothing book.
Posted by Ralphus at 01:59 No comments:

Occurred today in the SYW 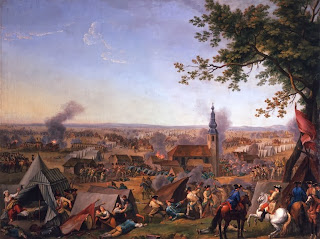 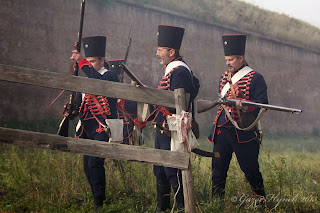 The Czech SYW scene is captured on these photos from last weekend. It's a colourful scene with Hussars, Grenzers (pic) and all manner of SYW types.
Posted by Ralphus at 03:10 No comments:

Preview for the League of Augsburg by the excellent Clibinarium. What are you waiting for?
Posted by Ralphus at 08:05 No comments: 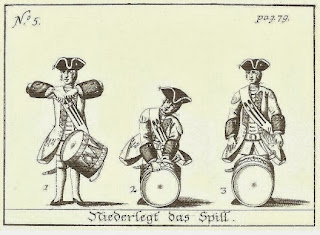 Webpage dedicated to the Austrian regulations of 1749
Posted by Ralphus at 02:40 No comments: 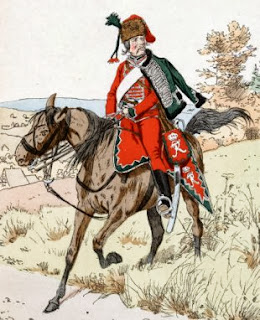 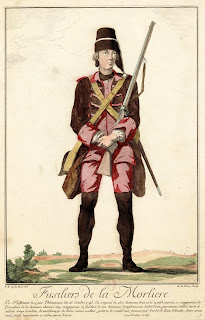 If you are interested in the SYW but don't famcy painting lines and lines of troops maybe try the warfare on the fringes - Petite Guerre - the war of outposts.
It's one of the unique factors of the SYW is that there were lots of units formed for the war away from the main army. Usually these formations were clothed differently than the main army and they would often be led by people with a colourful past and often populated by foreigners. The world of Freikorps and Chasseurs, of picquet companies and hussars and Grenzers awaits you. 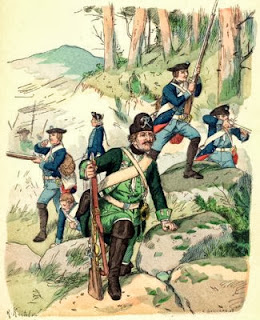 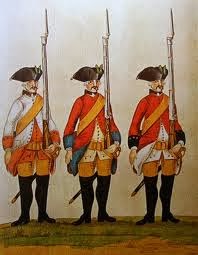 I have been interested for a short while on the SYW army of Hanover (Hannover) who fought as allies of the Prussians alongside the British and Hessians. I am not sure if anyone does figures for them. Anyway the  "Gmundener Prachtwerk" is the best place to start an interest in the Hanoverians alongside Reid/Embleton's Osprey Frederick the Great's Allies. Wiki
Commons wiki 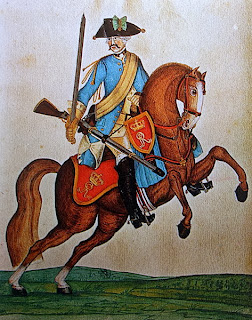 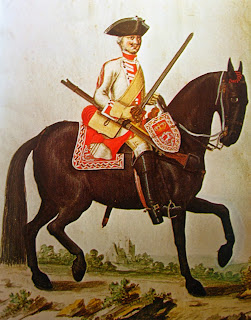 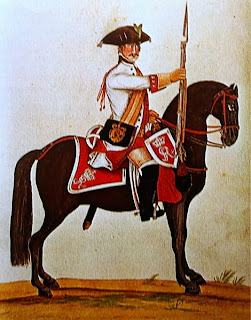