By Yuri  - see more of his work here @yuyuroff 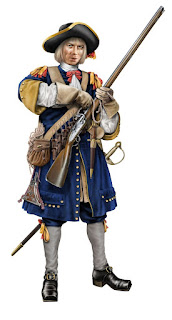 Strelets have shared some videos which show the stages of construction of the various sets. See here

Can anyone help with this? Listen here

this one is most famous for the death of Irish hero Patrick Sarsfield.

Oh Patrick Sarsfield, Ireland's Wonder,Who fought in the fields like any thunder,One of King James's chief commanders,Now lies the food of crows in Flanders 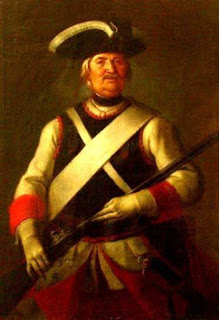 I have lost the details of this painting. Anyone help?
Posted by Ralphus at 03:00 1 comment:

At the Battle of Salzbach. 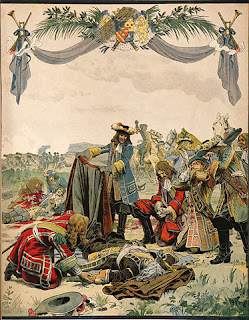 Today's anniversary is this Scottish battle. 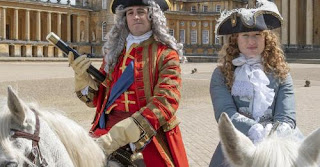 Several Reenacting groups will be coming together at Blenheim Palace this weekend, with a strong feature on the Monmouth Rebellion. 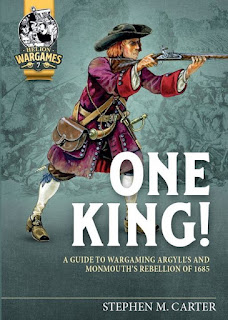 We aresed to announce One King! from our Wargames Series is now available!
One King! is the perfect companion to the Monmouth Rebellion of 1685 covering every encounter and unit in England, and for the first time in Scotland. Its sits alongside the book Fighting for Liberty as the ideal companion and provides the information needed to bring the Monmouth Rebellion to life on the tabletop.
One King! includes fast play campaign rules that uses the strategies, maps, deployments, and military objectives allowing the enthusiast or wargamer to follow in the footsteps of the commanders - even change the course of history over a coffee.
The battlefield plans give all the information needed to fight out all the encounters as accurately as possible. While the orders of battle and unit sheets will guide the tabletop wargamer in the recreation of their miniature armies or navies!
One King! has everything for the wargamer or military enthusiast, even the chance to change the course of history and crown the one true King James II & VII.

Save £5 off RRP until Sunday 31st July– no code needed 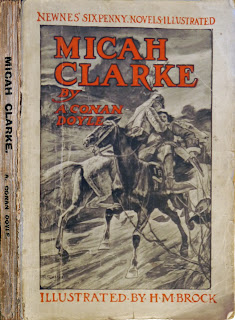 Wiki on the novel 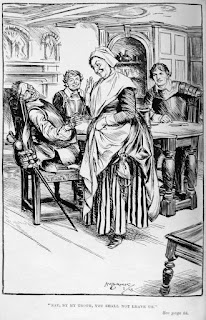 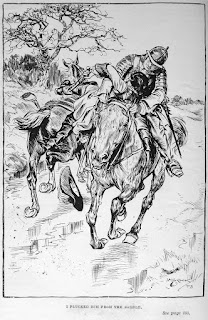 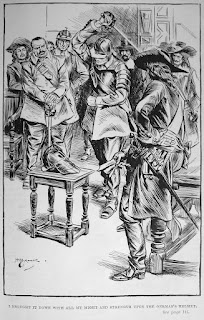 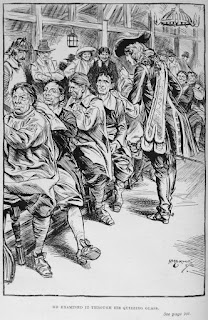 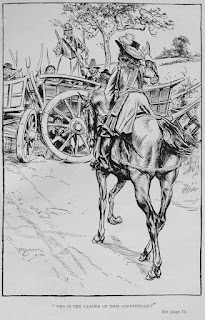 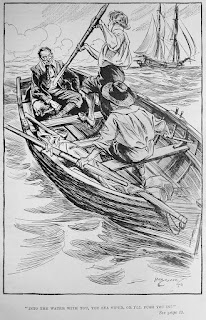 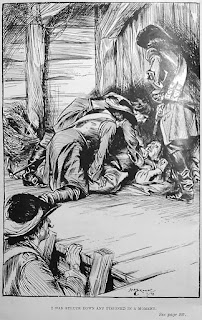 My sister went to watch the ECWS at Chippenham. Took a few photos. 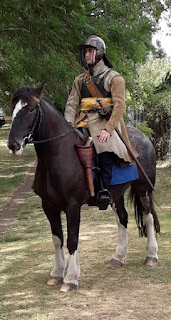 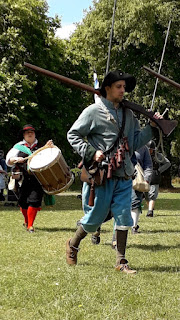 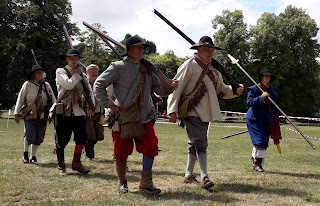 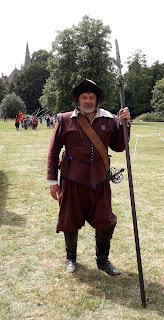 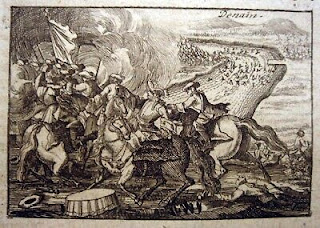 Today's anniversary is a decisive French victory. Wiki
Posted by Ralphus at 02:37 No comments: 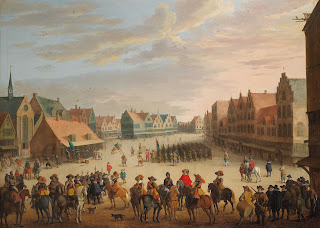 There will be a large and thriving encampment and tented village on The Island where 17th Century trades and crafts will be demonstrated by the townsfolk and including a working Printing Press giving out the latest news-sheets with tidings of the War and other news. Here the re-enactors will be happy to meet visitors, explain their work and to share stories about Chippenham’s role in the English Civil War.

As in 1643, Chippenham Village will also be occupied by Royalist soldiers from Sir Ralph Hopton’s army marching from the hard-fought battle at Lansdown Hill near Bath. Soldiers and Officers will be working at their Military Encampment while expecting a visit from their General Sir Ralph. A Regiment of Foote, Cavalry on Horseback, and Cannon will be taking part in further displays through the day for Visitors to see on Monkton Park. Look out for the full timetable giving details of all the Displays through each day.

Each afternoon there will be intense conflict as the Royalist and Roundhead Armies clash in Battle on Monkton Park with over 400 Pikemen, Musketeers, Gunners, and Cavalry all taking part. This event, inspired by a dramatic moment in Chippenham’s history will prove to be a massive weekend of Entertainment, Excitement and Education by the English Civil War Society and follows the huge success of the 2011 and 2013 ‘Battles for Chippenham’. Look forward to July 23rd and 24th when you will be able to see The King’s Army and the Roundhead Association together in a fight to decide whether the town will be Royalist or throw in its lot with Parliament.

This is a Free Event staged by the English Civil War Society in partnership with Chippenham Town Council. 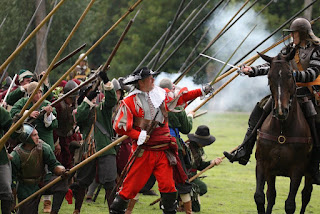 The Battle of Kliszów (also spelled Klissow or Klezow) took place on July 19,[a] 1702, near Kliszów in the Polish–Lithuanian Commonwealth during the Great Northern War.[7] A numerically superior Polish–Saxon army led by Augustus II the Strong, operating from an advantageous defensive position, was defeated by a Swedish army half its size under the command of King Charles XII.[8]


Facebook group here. It is the 350th anniversary of the Franco-Dutch war which also involved English participation. 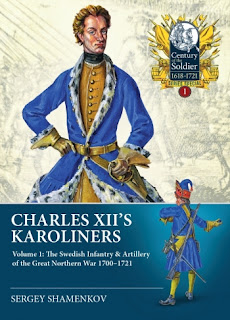 This is a great book which I strongly recommend if you have an interest in uniformology and the early 18th century in particular. Ukrainian artist and author Sergey Shamenkov has put together an invaluable work on that famous and influential force, the Swedish army of Charles XII.  Covering the period from the old uniform of 1687 to the new uniform of 1706 with variations in between it is well illustrated with paintings and artefacts throughout. Covering details like waistbelts, drums, cloaks you name it the material culture of the Swedish is laid in front of you in a way that is rare for a force of this era.


Today's anniversary. Famous for being pretty grizzly it took about 8 blows from the axe.

Read about it here 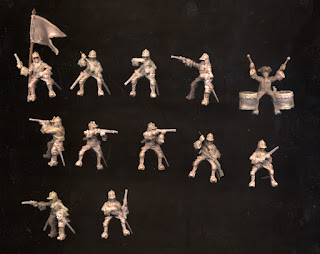 Been looking for a 1680s pattern and this was recommended. Luckily my library has a copy as it is an expensive buy these days. Pat Poppy tipped me off to the clothes that the pattern was based on at the V&A here. 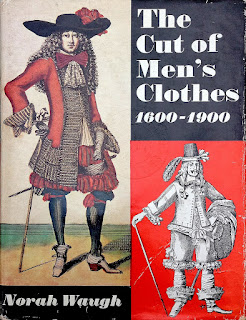 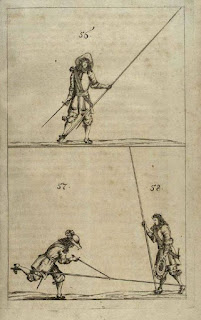 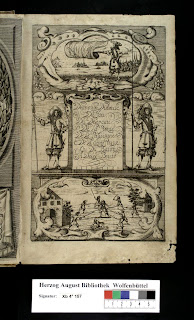 The Battle of Roundway Down was fought on 13 July 1643 near Devizes, in Wiltshire during the First English Civil War. Despite being outnumbered and exhausted after riding overnight from Oxford, a Royalist cavalry force under Lord Wilmot won a crushing victory over the Parliamentarian Army of the West under Sir William Waller.

Today's anniversary. The decisive battle of the Williamite war. Wiki

Battle of Poltava from the 2007 Russian film The Sovereign's Servant.…


Today's anniversary is this great Russian victory.
Posted by Ralphus at 05:52 No comments: 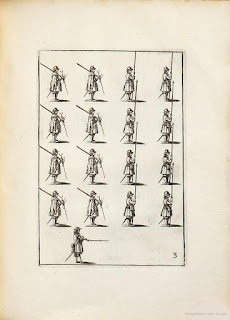 Thanks to Edwin Grout for this. If you, like me, don't read Dutch you can enjoy the pictures.
Posted by Ralphus at 04:11 No comments:

I think these are Dutch but it's good to see them still producing new designs. 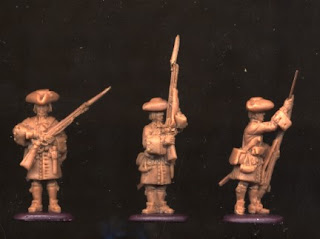 Here to see a zoomable image

Fought in the early hours of this morning. Artwork by Sean O'Brogain. Wiki on the battle 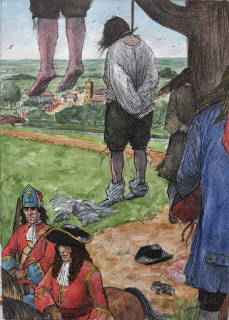 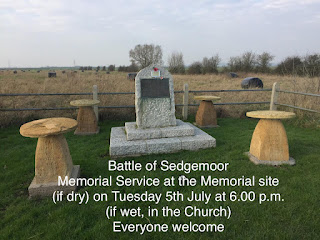 From the wiki The First English Civil War battle of Lansdowne, or Lansdown, was fought on 5 July 1643, at Lansdowne Hill, near Bath, Somerset, England. Although the Royalists under Lord Hopton forced the Parliamentarians under Sir William Waller to retreat from their hilltop position, they suffered so many casualties themselves and were left so disordered and short of ammunition that an injured Hopton was forced to retire.

This is some film we made on the battle site for BBC Education. We played both sides so I can see myself twice. 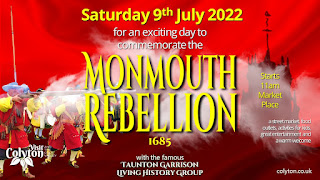