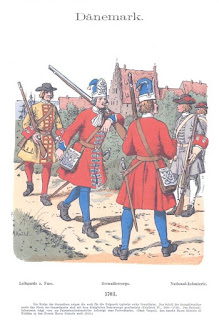 The Norwegian-Danish siege of the fortress Bohus in Sweden at 1678. Drawing by the Swedish field marshal Erik Dahlberg 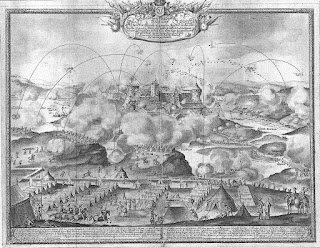 See more about Bohus here
Posted by Ralphus at 09:32 No comments:

See more of this artist's excellent work here
Posted by Ralphus at 06:43 No comments: 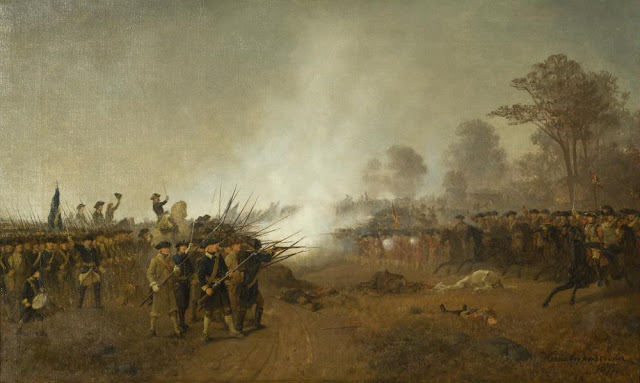 Wars and Soldiers in the Early Reign of Louis XIV: Volume 1 - The Army of the United Provinces of the Netherlands, 1660-1687 (Century of the Soldier)

Artist and Author is Bruno Mugnai.
Hats off  to them - Helion have produced another classic study of an influential army. This is the best book of the year I have seen so far. There was a real need for a decent study on the enigmatic Dutch during the early wars of Louis XIV and this study fills the need admirably. The two crucial sections are the Dutch army on campaign detailing the activities in the period against France, Cologne and Munster and the other on the uniforms and equipment including the Provincial Militia (who were part of the unique Dutch military system) - these are the centrepieces of the book but there are also chapters including orders of battles and army lists. The Netherlands had some great artists working during this 'golden age' and many with military details are reproduced and analysed. The original illustrations by the author of the flags and soldiers are all masterful and full of detail for the costume historian or reenactor. This volume certainly bodes well for the series to come - filling a void with a depth and clarity that does the subject matter proud. I shall be definitely be looking out for further titles in the series. 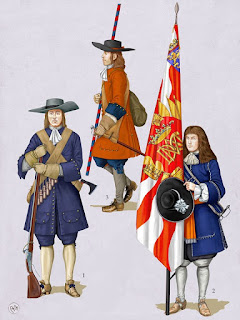 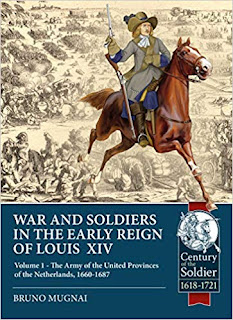 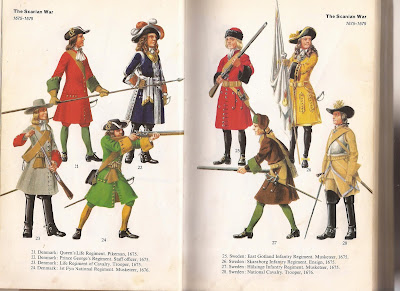 My first awareness of the Scanian war was in the book by Danish author Preben Kannik translated into English in the 60s. Used to get this book from the local library as a child. The copy I have now is ex-library. 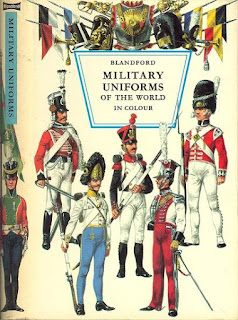 The Swedish army under lead of Charles XII is crossing the Düna, 1701. Johann Philipp Lemke 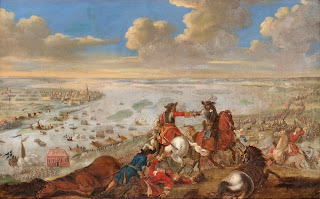 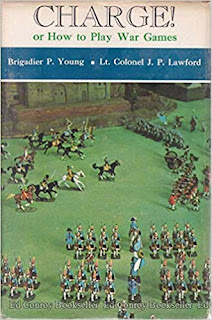 This is a book that influenced me back in the day. Used to get it from the library. Now you can get a reprint.
Posted by Ralphus at 08:01 1 comment:

I love Freikorps figures. If you are talking 15s for the SYW or F&I for that matter then check these out. I used to buy these and the 30 years war range. The man who ran it back in the day was Cameron Robinson from Northern Ireland. I got to know him through reenactment later on.
Now available from QRF.
Posted by Ralphus at 06:30 1 comment: 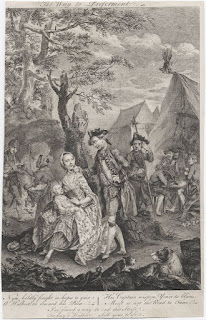 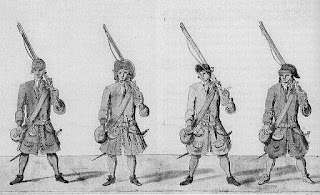 Looking for a period image of a karpus (cap associated with Swedish troops) with no luck. The figure on the left - is that a karpus?
Since posing that question I discovered Boris Megorsky has an article on Carpus caps of the Petrine army. This Russian language PDF has lots of artefacts and examples.
From https://www.rct.uk/collection/search#/51/collection/916608/dutch-infantry 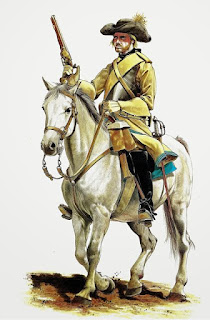 Anyone know what publication this is from? Who is the artist?
Posted by Ralphus at 07:58 3 comments:

Calling all US and Canadian reenactors

Description
To promote & coordinate living history in the north-eastern US and Canada for appropriate military and civilian life during the period of Louis and Anne (1680s-1720).

This period roughly covers the War of the Reunions, War of the League of Augbsburg, War of Spanish Succession, and the First Jacobite Rebellion. Facebook https://www.facebook.com/groups/guildoflouisandanne/ 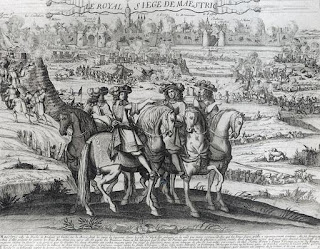 This siege is a key event in the period. Search this blog for Maastricht
Posted by Ralphus at 06:50 No comments:

Labels: British troops of the Restoration, Siege of Maastricht 1673

How I started in wargaming 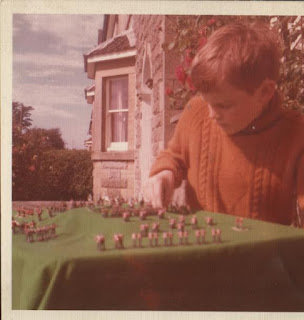 Thought I would muse on how I started. First I suppose were Britain's and Airfix. When the Frome wargames group started I was the only junior member. All we did was Napoleonics and I was the Dutch-Belgians. We used Minifigs which were available to buy over the counter at modelling shops. The rules were on one A4 sheet
Posted by Ralphus at 04:46 3 comments: 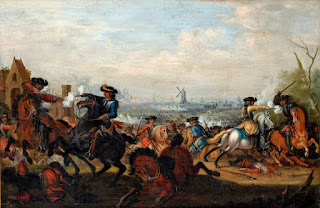 Photo from here
Search this blog for Lund
Posted by Ralphus at 05:11 No comments: 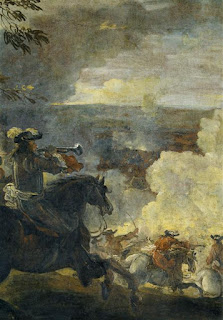 Posted quite a bit on this battle - read the posts here
Posted by Ralphus at 04:47 No comments:

To celebrate the arrival of some great miniatures from Khurasan I thought I would revisit a few battles in the scope of the range to give you some flavour.  Wiki on Fehrbellin

The wait is over. You can order these now. Mainly for the Franco-Dutch war and Scanian war. 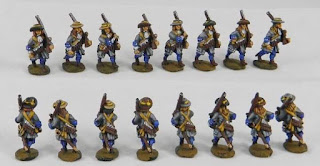 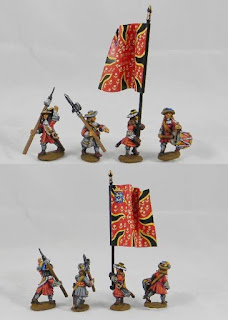 I am planning on using the old WRG rules for late 17thc in 15mm. Revisiting my 80s past. Luckily I still have the army lists and I share them so you can enjoy the world of the WRG army list. 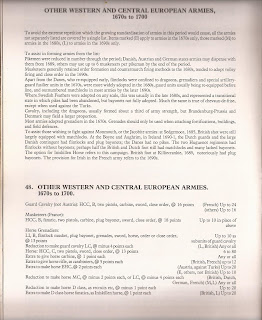 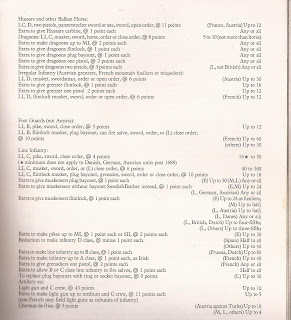 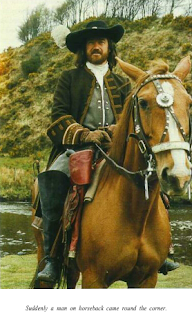 The popular novel Lorna Doone is set in the West Country and it celebrates its 150th anniversary. Events here
Posted by Ralphus at 12:51 No comments: 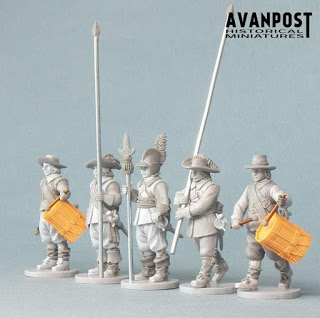 If you liked the look of the Avanpost TYW 28mms then this company are now agents for them.
Posted by Ralphus at 06:59 No comments: