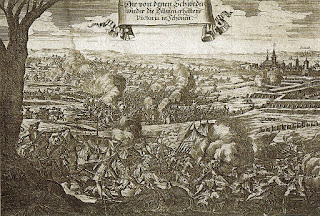 Today's anniversary is this battle from the Great Northern War.
Posted by Ralphus at 01:47 No comments:

'You may read it in the ruins of this place'

Blog article from Richard Israel on the Civil war sieges of Taunton Somerset.

Got these rules. I am probably going to use In Deo Veritas for my 15mm ECW project so it was interesting to see what these were like. They cover the WSS and GNW for smaller figures. You need the original set as this is a supplement.  Scenarios are given for Luzzara 1702, Speyerbach 1703 Helsingborg 1710 and Francavilla 1719. Some pike are ok but they are pretty ineffective. It is full of great colour artwork. So if you are looking for rules maybe give these a try. Details here 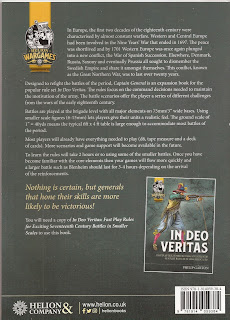 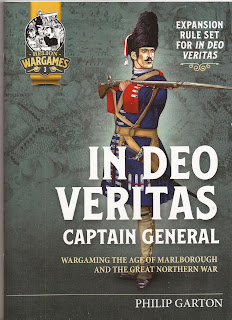 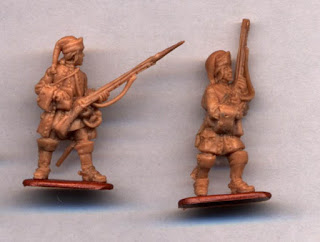 Strelets-r have posted the box art and master figures for this set here
Posted by Ralphus at 08:55 No comments: 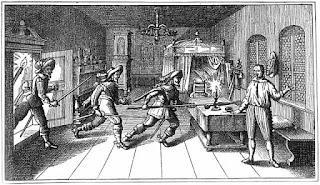 Italy, Piedmont, and the War of Spanish Succession 1701-1712 by Ciro Paoletti illustrated by Bruno Mugnai 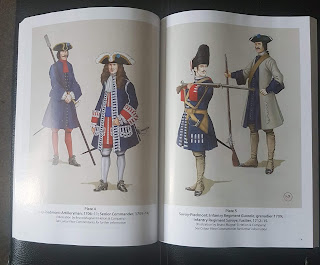 if you are interested in the War of Spanish Succession then I humbly suggest you get this. It's the first book in English on the subject and so the chances are you won't have anything similar in your library. It's a large book profusely illustrated by the talented Italian artist Mugnai who does about a dozen or so pages of colour uniform and flag plates. The theatre of operations was considered of great importance by the French and the Hapsburg Empire who sent their best generals to the region. I have to say before I read this book my knowledge on the theatre was limited to the battle of Turin but this book has much more depth. The numerous sieges and battles are covered in great detail. The diplomatic ebb and flow is also covered but this is a military history title above all so would suit wargamers wishing to expand their knowledge of the period. Details here

I must be a bit slow. I only found out about this today. Here for detailed information. 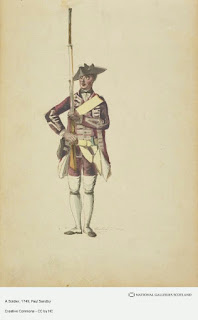 Another Paul Sandby soldier is here
Loads more here
Posted by Ralphus at 07:39 No comments:

Photo David Misik. Prussian. Read about them at Kronoskaf 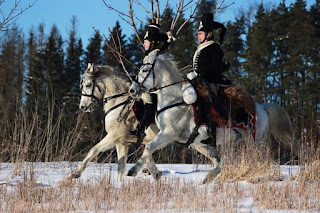 "Polish–Ottoman War (1672–1676) was a conflict between the Polish–Lithuanian Commonwealth and the Ottoman Empire, as a precursor of the Great Turkish War. It ended in 1676 with the Treaty of Żurawno and the Commonwealth ceding control of most of its Ukraine territories to the Empire".

The film it's from is Colonel Wolodyjowski (film) - Wikipedia

The Fall of Basing House

Alan Turton tells the story of one of the most famous sieges of the Civil War. (5 minutes).

WSS French dragoons on the march 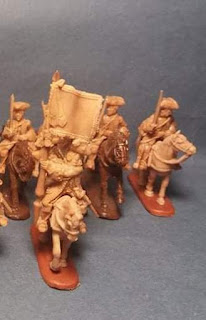 Ebor have listed their first 9 years war castings on their webpage. 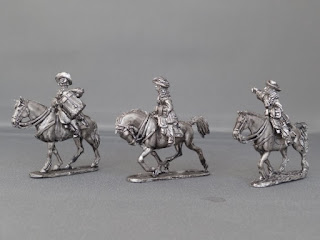 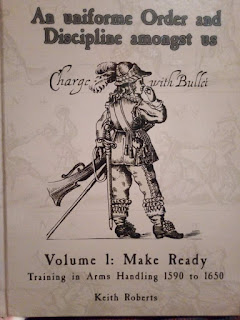 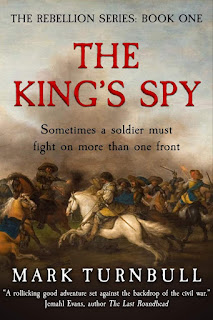 I'm so pleased to share more details with you about book one in my new REBELLION series, which is now out on kindle. (Paperback to follow shortly.)

If you know anyone who enjoys historical fiction, please could you help me out and share the details with them?

To have Michael Arnold review it is both very exciting and humbling. His series of 'Stryker' books were Civil War novels that I read back in the days when writing my own was still a distant dream.

🗣"Captures the terror and tension of the Civil War. An assured start to a new, gripping series." Michael Arnold

The Battle of Naseby is set to decide the outcome of the civil war in England.

The armies of King Charles I face those of Parliament and its untested New Model Army. Yet amidst the carnage, an intensely personal battle takes place between two men.

Captain Maxwell Walker is a royalist cavalry officer, widower and father. Loyal and brave, but haunted by his grief, Maxwell thirsts for revenge. His life has never been the same since his encounter with the parliamentarian Gervase Harper, a man whose ruthless streak sees him prosecute the war with vigour. Harper cuts down anyone who gets in his way. Maxwell’s wife was no exception.

The outcome of Naseby causes Maxwell to be tasked with a royal rescue mission. The King’s most personal possession must be retrieved. His cypher would allow Parliament to decode captured royal correspondence and that would deal a major blow in the propaganda war.

The soldier must play the spy.

His actions, however, earn him the enmity of both sides.

Facing a murder charge, as well as a great siege, Maxwell makes a discovery that might just save himself and the King’s remaining cavalry.

However, all of this rests upon his next encounter with Gervase Harper.

🗣"A rollicking good adventure set against the backdrop of the civil war." Jemahl Evans, author of The Last Roundhead

Price is £2.99 on kindle, or free on kindle unlimited. tinyurl.com/1kus8yua 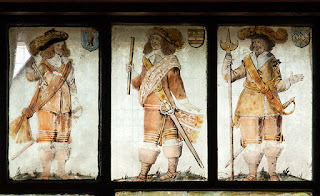 See more here
History here
Done during the Restoration, though after research done at the time.
Posted by Ralphus at 06:18 No comments:

Some interesting updates for the ECW range and a discussion about Royalist Cuirassiers based on the recent Hopton's Armies book. Here

Review of the regiment Ruspoli in Rome in 1708

This pic is in the book 'Italy, Piedmont and the War of Spanish Succession 1701-1712' in higher resolution. This is off Wikipedia. But you can get the idea that this is a great piece of history.
Posted by Ralphus at 11:45 No comments:

Today's anniversary. A success for the Swedish. Wiki

'Cannon played from the Great Fort' - Sieges in the Severn Valley 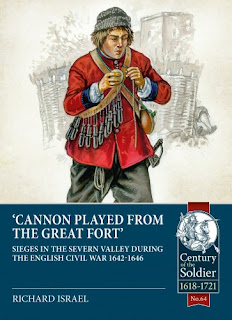 Got this today. Looks great.All about the sieges of that area in the ECW. Get it here
Posted by Ralphus at 08:45 No comments: