I don't watch much TV but I might watch this. Trailer here.
Posted by Ralphus at 14:49 2 comments: 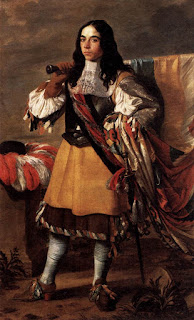 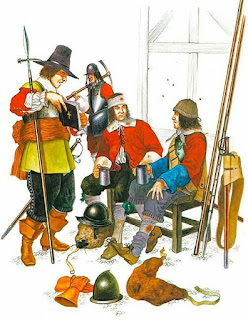 Today I saw this image by Chris Warner and it was like meeting an old friend. This was my template when I started reenacting as a pikeman. Probably out of date now as it was published in 1981 but I like the art. Details here
Posted by Ralphus at 05:06 1 comment: 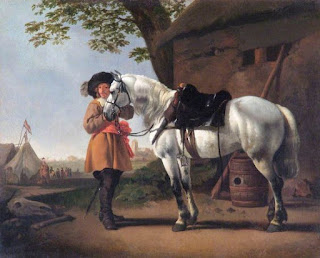 A Cavalier with a Grey Horse, by Abraham Pietersz. van Calraet, 1665 or 1722. English Heritage, The Wellington Collection, Apsley House, London, England.
Posted by Ralphus at 04:46 No comments:

CAM: Malplaquet 1709
In 1709, after eight years of war, France was on her knees. Things were so bad that King Louis XIV offered to end the War of Spanish Succession on humiliating terms. The allied powers refused Louis’ offer, believing that one more successful campaign would utterly destroy French power.
This book will describe the campaign of 1709 which culminated in the battle of Malplaquet. Led by the Duke of Marlborough and Prince Eugene of Savoy, the allied armies achieved a tactical victory but it was a hollow one. They suffered 23,000 casualties to the French 11,000 in what was the bloodiest battle of the 18th century. The scale of casualties shocked Europe and led to a reversal of fortunes. Marlborough was dismissed and King Louis resolved to fight on. When the war finally ended it did so on terms favourable to France.
Although it is generally accepted that Marlborough was never defeated, this book will show how the battle of Malplaquet was ultimately a French strategic victory.

Other titles announced in the Campaign series were Dettingen and King Philip's war.
Posted by Ralphus at 07:41 No comments: 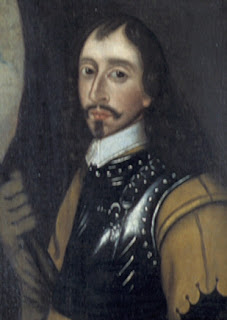 Famous for his part in the defence of Gloucester. Wiki

To join go https://www.pikeandshotsociety.org/
Posted by Ralphus at 04:36 No comments: 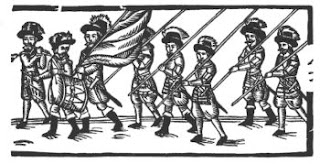 It's a busy weekend for reenactors. ECWS are at Gloucester and the SK are at Scampston Hall York. Have fun everyone.
Posted by Ralphus at 03:57 No comments: 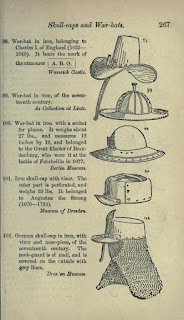 Don't know what this is from. Interesting to me though. Anyone know of any photos of the Fehrbellin one?
Posted by Ralphus at 05:01 2 comments:

Today's anniversary was a disaster for the Earl of Essex.
After the Battle when the foot surrendered (the cavalry left in a breakout
'The disarmed soldiers marched eastward to Portsmouth in continuing bad weather, being continually robbed and threatened by local people. About 1,000 died of exposure and hunger, and 1,000 more deserted or fell sick.' Wiki

The other day we were talking about Richard Scollins and I had a look on ebay if his book was reasonably priced and it was so I bought it. If you don't know it it's 'An illustrated history of the soldier from 3000 bc to the present day'. Not bad. Obviously covering a lot of ground but it's worth getting if you like his work. 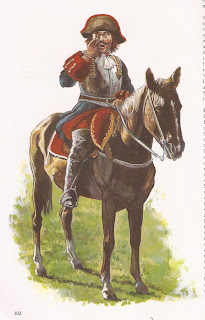 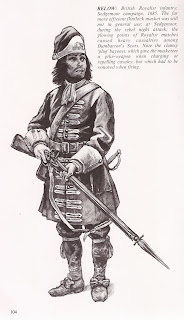 Lucien Rousselot troops of Electoral Saxony in the 30 years war 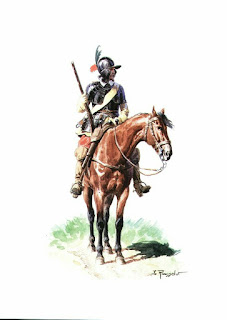 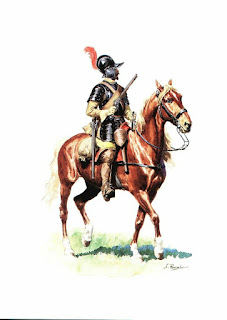 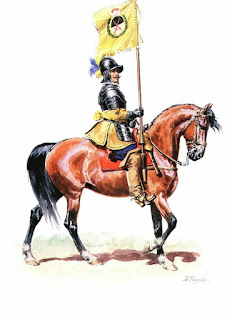 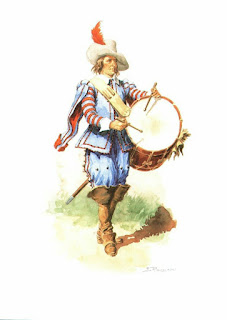 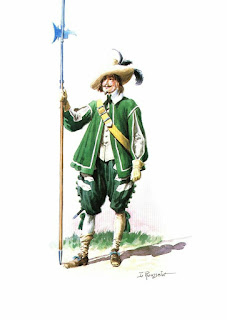 Today's anniversary the battle that ended the second Civil War. 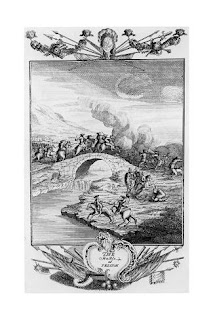 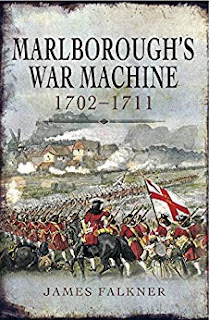 Haven't read this but I have read books by the author. Anyone read it? Here
Posted by Ralphus at 04:31 1 comment: 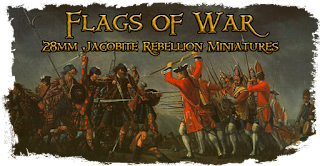 Here
Posted by Ralphus at 04:27 No comments:

Why does Bridgwater celebrate November 5?

HAVE you ever wondered why a relatively small town in the middle of Somerset hosts the greatest illuminated carnival in Europe?
Article in the Bridgwater Mercury,
Posted by Ralphus at 10:56 No comments: 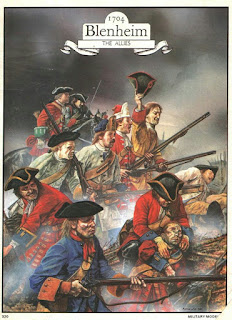 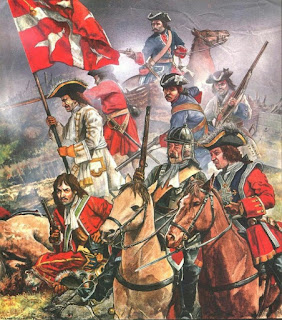 This is a comprehensive list for the 1670s. I must get some.
http://khurasanminiatures.tripod.com/late-seventeeth-century.html
Posted by Ralphus at 13:51 1 comment:

François de Blanchefort de Créquy, later Marquis de Marines (1629 – 1687) was a 17th century French noble and soldier, who served in the wars of Louis XIV.
Posted by Ralphus at 11:25 No comments:

Imperialists in 15mm by Legio Heroica 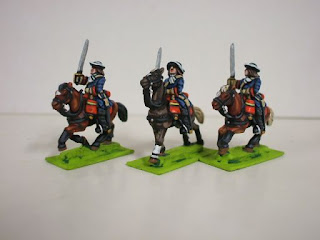 Nice range here with Imperialists, Poles and Ottomans. Could be used presumably with Khurasan's range. Also they do some GNW figures (1709). 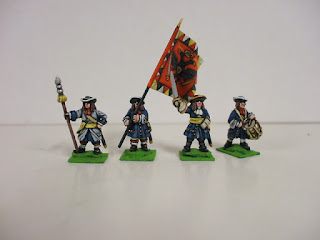 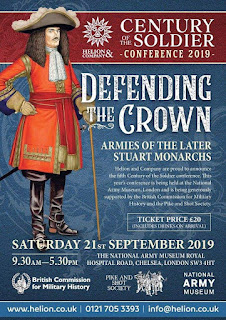 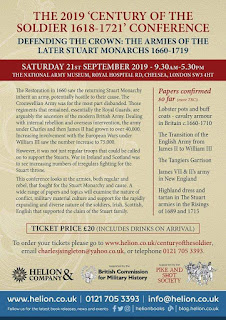 Event organized by Artemis at the château d'Aujac in the Cévennes. France

The regiment depicted is the Royal Ecossais for the War of Austrian Succession. Facebook here 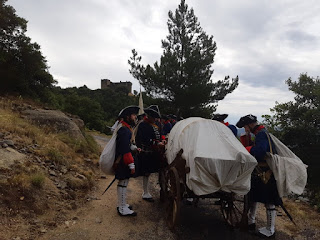 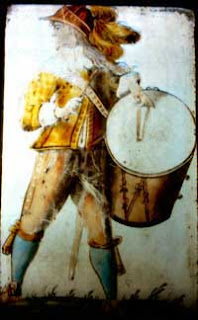 This is a Facebook group for drummers. All types Roundhead Cavalier ECWS and SK. All welcome
Posted by Ralphus at 08:44 No comments: 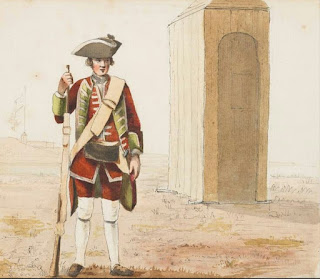 Today's anniversary. A Spanish assault on Mousehole and Penzance in Cornwall among others. Wiki
Also see here
Posted by Ralphus at 04:07 No comments: 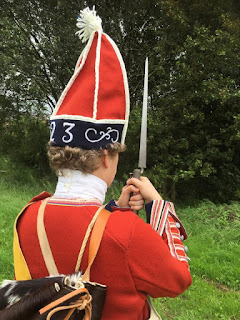 260 years ago today the 23rd Regiment of Foot fought in the Battle of Minden, 1759. Here is our interpretation of what a centre company soldier of the Royal Welch Fuzileers may have looked like.
The battle, fought just outside of Minden, Germany, was part of a global conflict known as the Seven Years War. It was a decisive engagement between an allied army of troops from Britain, Hanover, Hess and Prussia against the French.
Against the usual practices of battle, an ambiguous command sent six British and three Hanoverian infantry battalions against French cavalry whilst in ‘line’ formation. A move that could have been disastrous. However the infantry managed to repel three cavalry charges and move against the French infantry. In the words of the French commander, “I never thought to see a single line of infantry break through three lines of cavalry...and tumble them in ruins”.
MINDEN is a battle honour held by all British regiments that fought. Later generations of the American War of Independence and Napoleonic Wars spoke of the ‘Minden men’ with some reverence. Our reconstructed Napoleonic 23rd colours each carry the honour as they once would have. And today, the successor regiments within modern day British Army will still be celebrating ‘Minden Day’.
No matter what country they fought for, the average soldier served and suffered. That is always worth remembering.
Ich Dien
NB: Thanks to the Old 68th Society for the lending of some of the accoutrements. We plan on making our own shortly after some museum visits to view surviving examples! 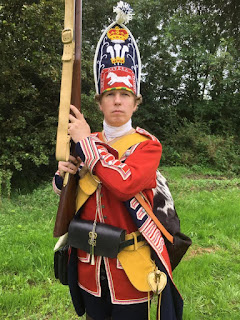 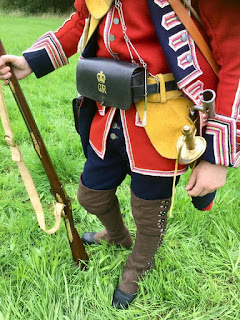 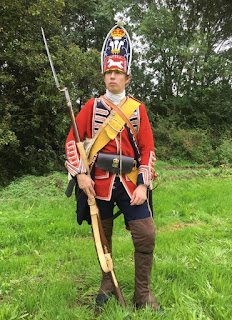 This is a clip from a 1941 movie about the pro-Danish irregulars during the Scanian War. Read about them here at the Wiki.
Posted by Ralphus at 05:16 No comments:

Today's anniversary the 260th of the Battle_of_Minden
Posted by Ralphus at 03:30 No comments: