Here's a cool video of the event in the Czech Republic set to some tidy Folkrock.

'I'll take you to the wars me love in High Germany'. Time for a song that is traditional and sort of suits the time of year and theme of the blog. Nice images to look at too. Lyrics here 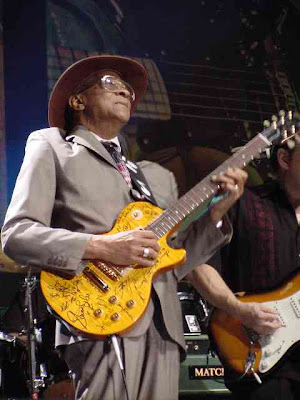 In a bit of a departure from our usual fare here on "Wars of Louis Quatorze", I hope our readers will indulge me a slight diversion. Both Ralphus and I are major fans of the 1950's to 60's Chicago Blues genre, and this past week we lost a legend.

Hubert Sumlin is a name that many, if not most, outside of the Blues world do not know. However, read any in-depth interview or biography of the guitarists that you may be more familiar with and you will often find Hubert's name mentioned. He has been named as a major influence by Jimi Hendrix, Eric Clapton, Jeff Beck, Jimmy Page, Keith Richards and many, many others. His signature guitar riffs have been "borrowed" by guitar players from James Burton and Steve Cropper in the late 50's to all of those named above in the late 60's and early 70's, and are still being "borrowed" by many of today's top guitarists. Hubert attained his fame as a guitarist playing alongside the legendary Howlin' Wolf until Wolf's death in 1976. He did periodically get "fired" by Wolf after a blow-up, and played with Muddy Waters for a brief time. He also did session work at Chess Records and has recorded with many of the pioneers of "Modern Blues" as well as with a multitude of members of the Rock and Roll Hall of Fame.

I won't try and do Hubert's entire biography here, it has already been done on many other sites, even the Wikipedia version is pretty good. Hubert was born in the Mississippi Delta on November 16, 1931 and passed away this past Sunday, December 4, 2011, at the age of 80. He will be missed by many in the music, and specifically the Blues, community. I will miss him. I was fortunate enough to see the Howlin' Wolf Band in the Dallas/Ft. Worth area in 1970 and again in New Orleans in about 1972. I was also fortunate to see Hubert at Eric Clapton's first Crossroads Guitar Festival in Dallas in 2004, and he could still play with the best, and did. Anyone out there who has seen the DVD's of any of Eric's 3 Crossroads Festivals, or the DVD "10 Days on the Road" by Kenny Wayne Shepherd and Double Trouble, will have seen Hubert play. His distinctive finger-picking style and infectious smile always stand out on the stage. 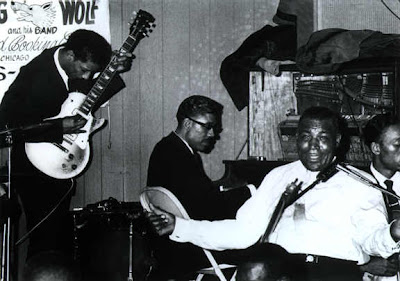 RIP Hubert, you will be missed and remembered by many. I thank our readers for their indulgence, and will now return you to regular programming.

Bill
Posted by Sir William the Aged at 17:12 No comments: