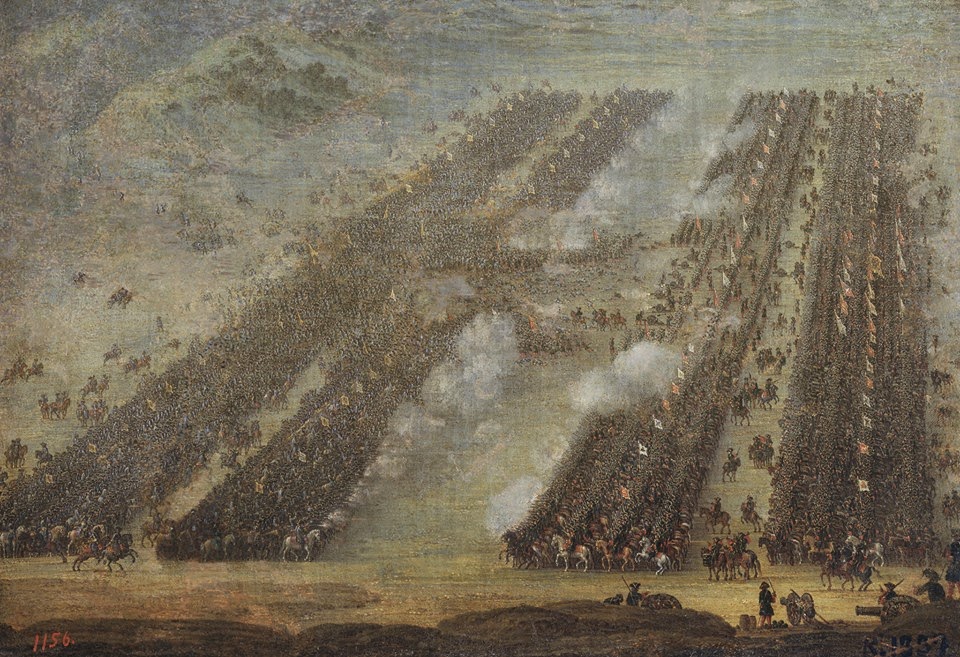 Russian school. A bit of a mystery this painting but impressive it is. Supposedly the battle of Poltava in the Great Northern War.
Posted by Ralphus at 05:00 No comments: 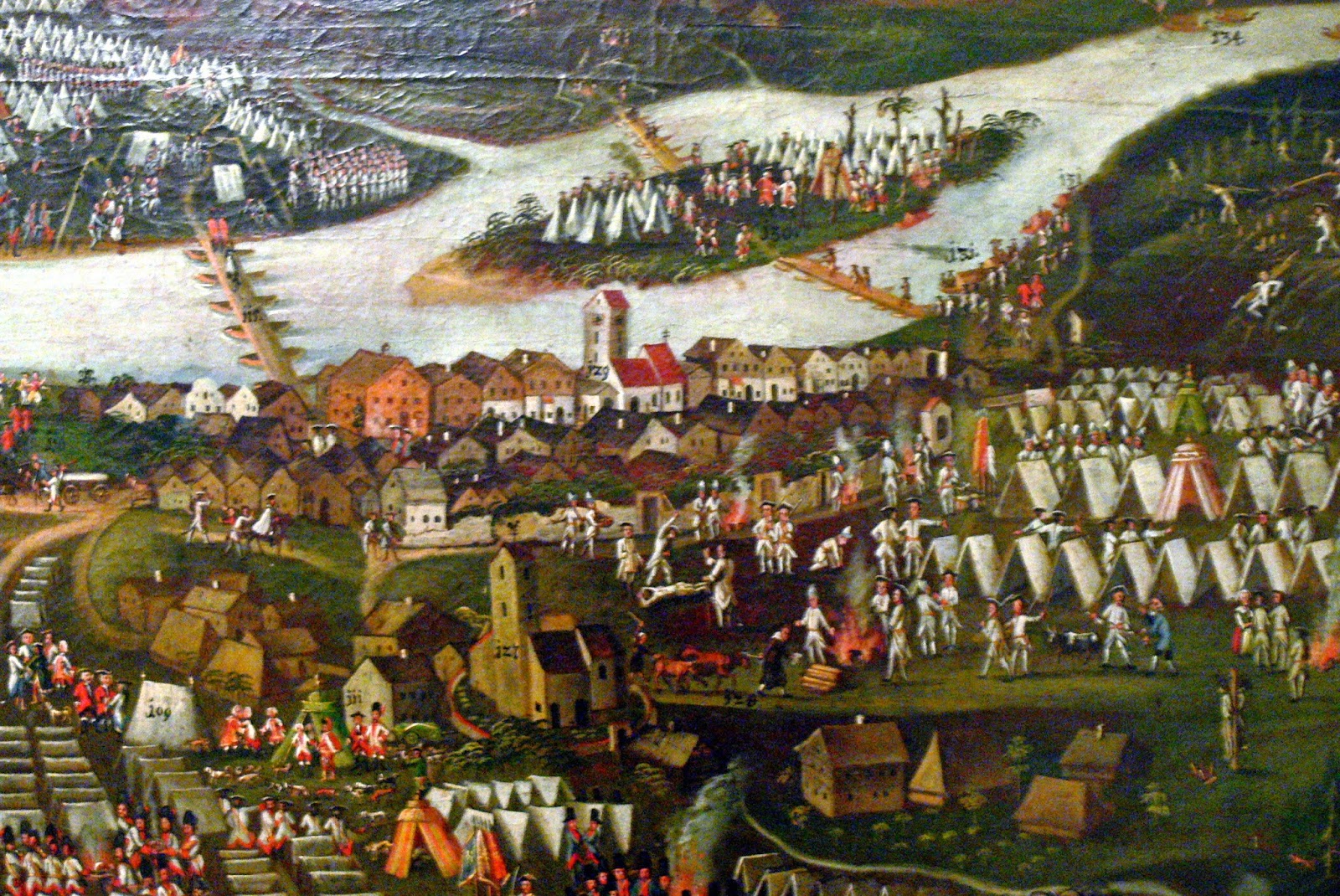 Painting ( 1748 ) by J.G.Käser from Vilshofen:Scenes of the Austrian War of Succession - Warfare between Deggendorf and Vilshofen ( Bavaria ) 1741-1745 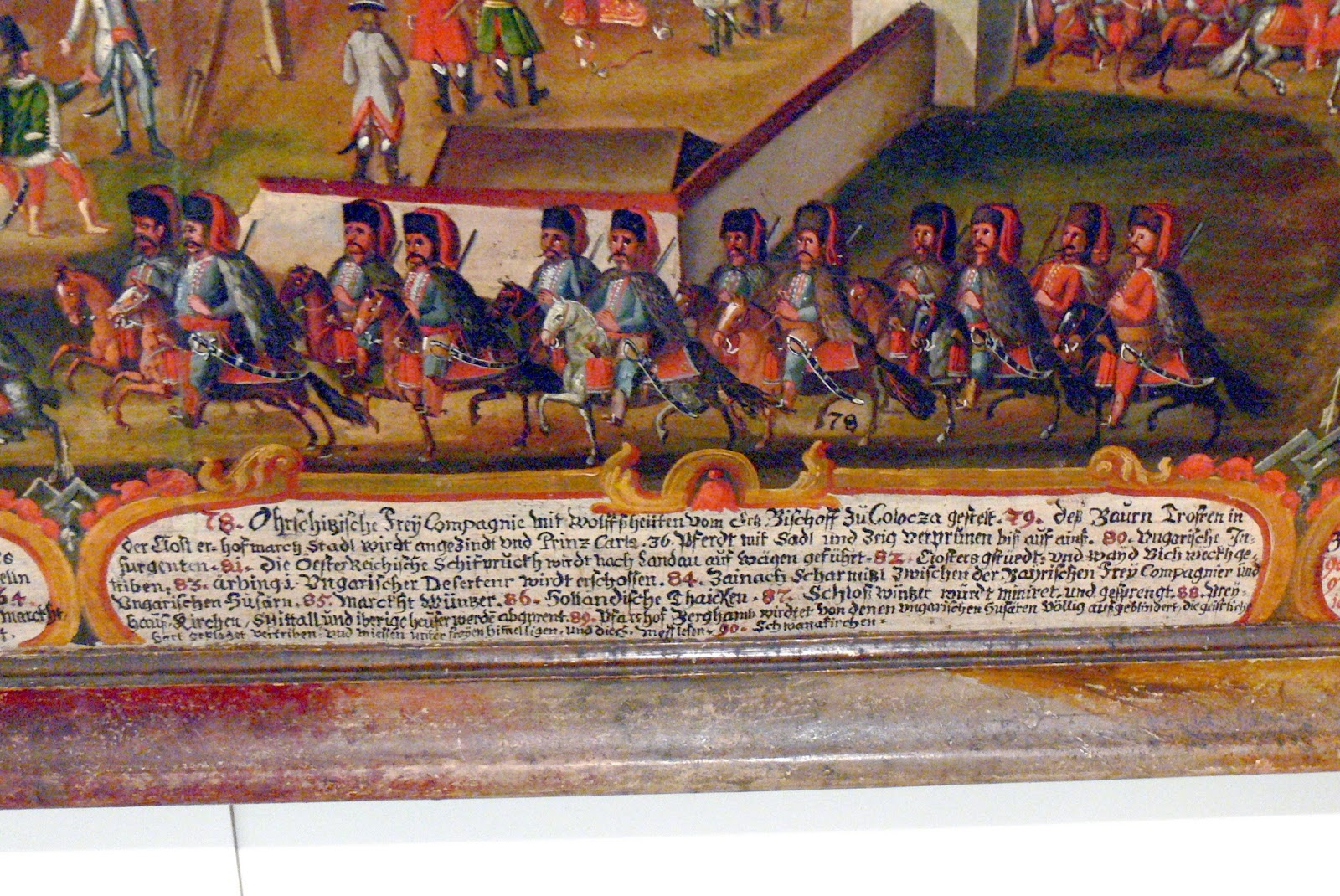 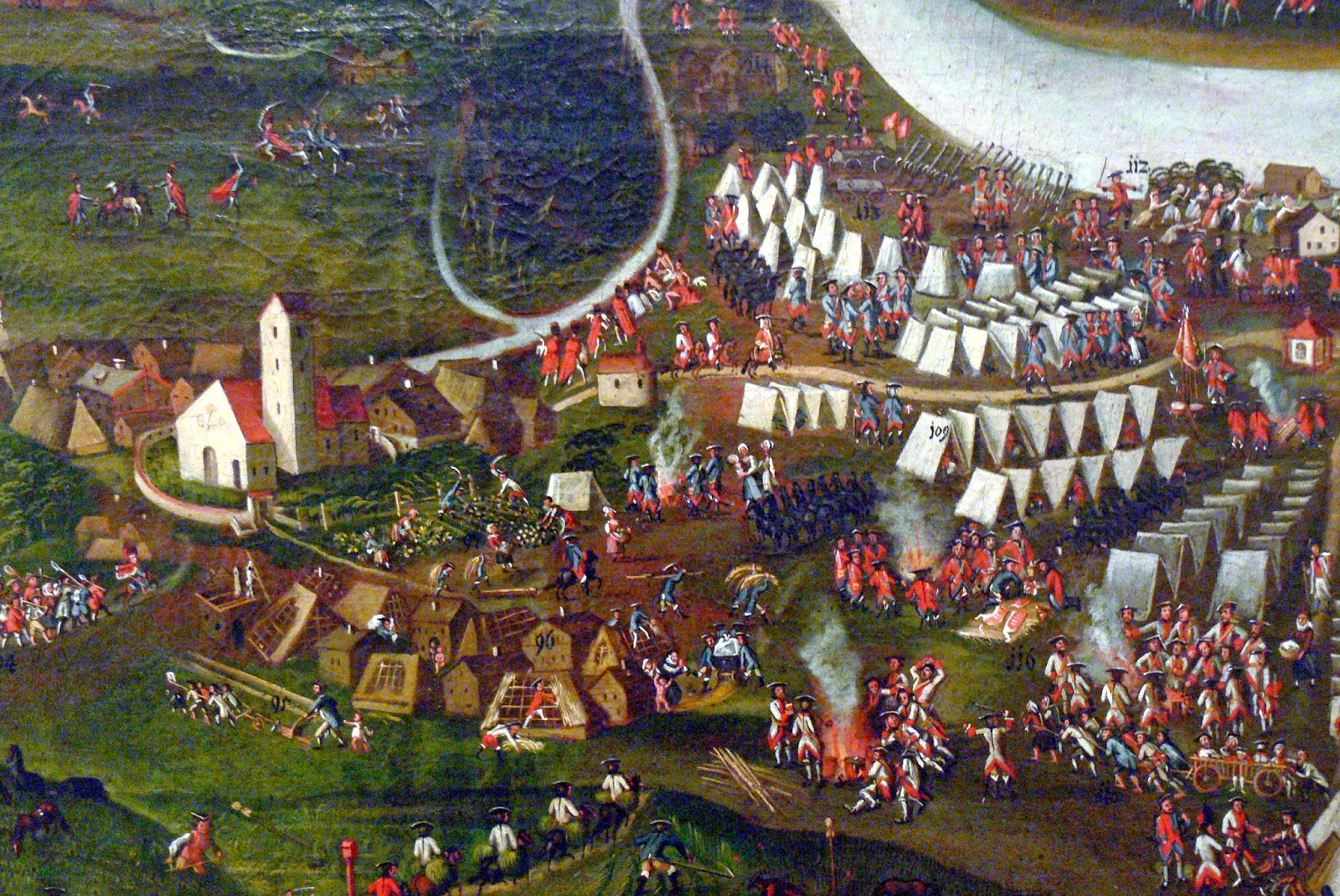 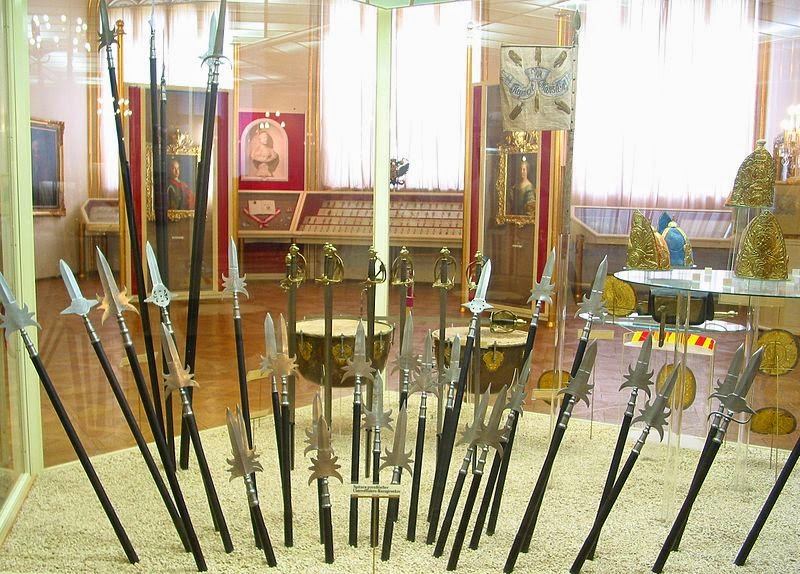 I moderate a FB page for this subject - the European theatre - so hop on over if you are interested in the subject.
Posted by Ralphus at 04:57 No comments:

Jacobite Rebellion in the UK 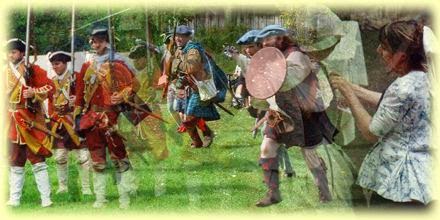 Lace Wars will be at Claremont Landscape Garden this weekend. Drop by Saturday or Sunday and see what's happening in the living history camps, arena displays and skirmish. http://www.nationaltrust.org.uk/claremont-landscape-garden/
Posted by Ralphus at 04:53 No comments: 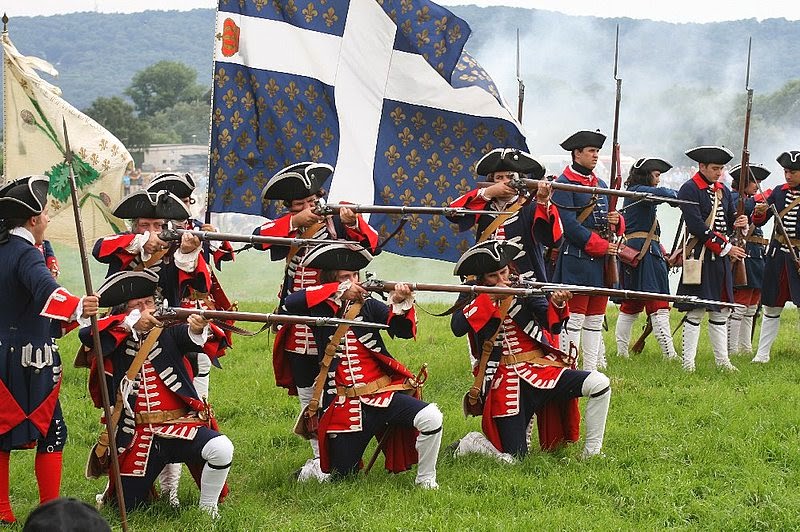 This battle was fought today in 45. Image of Garde Francais and Royal Ecossais from here 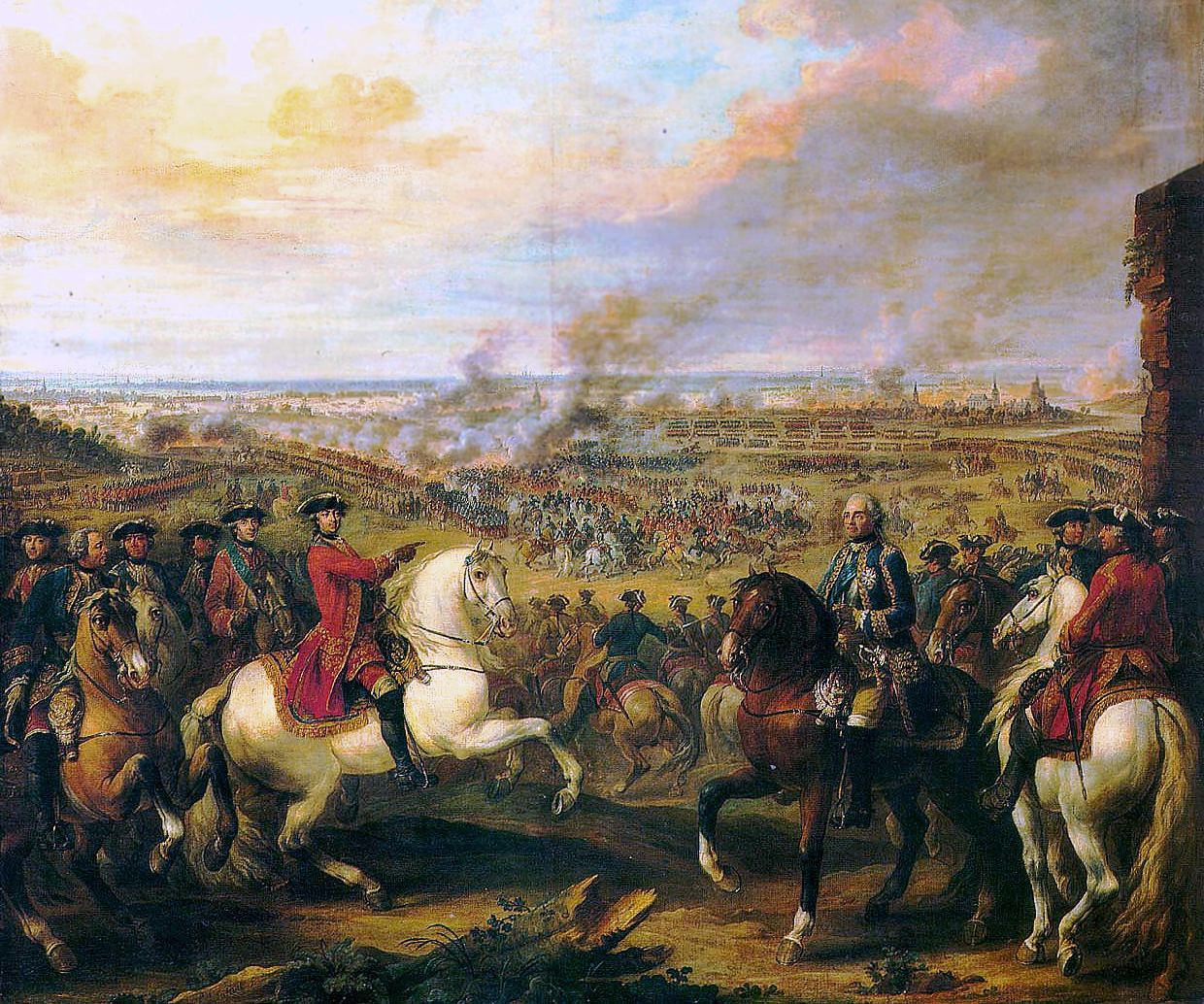 The Battle of Fontenoy by Pierre L'Enfant
Posted by Ralphus at 04:07 No comments: 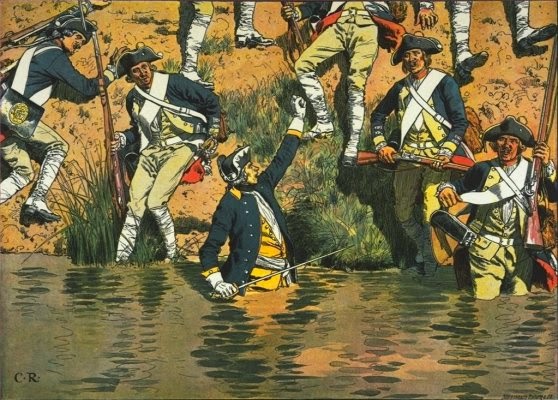 Today is the anniversary of this SYW battle. Wiki here
Posted by Ralphus at 04:53 No comments: 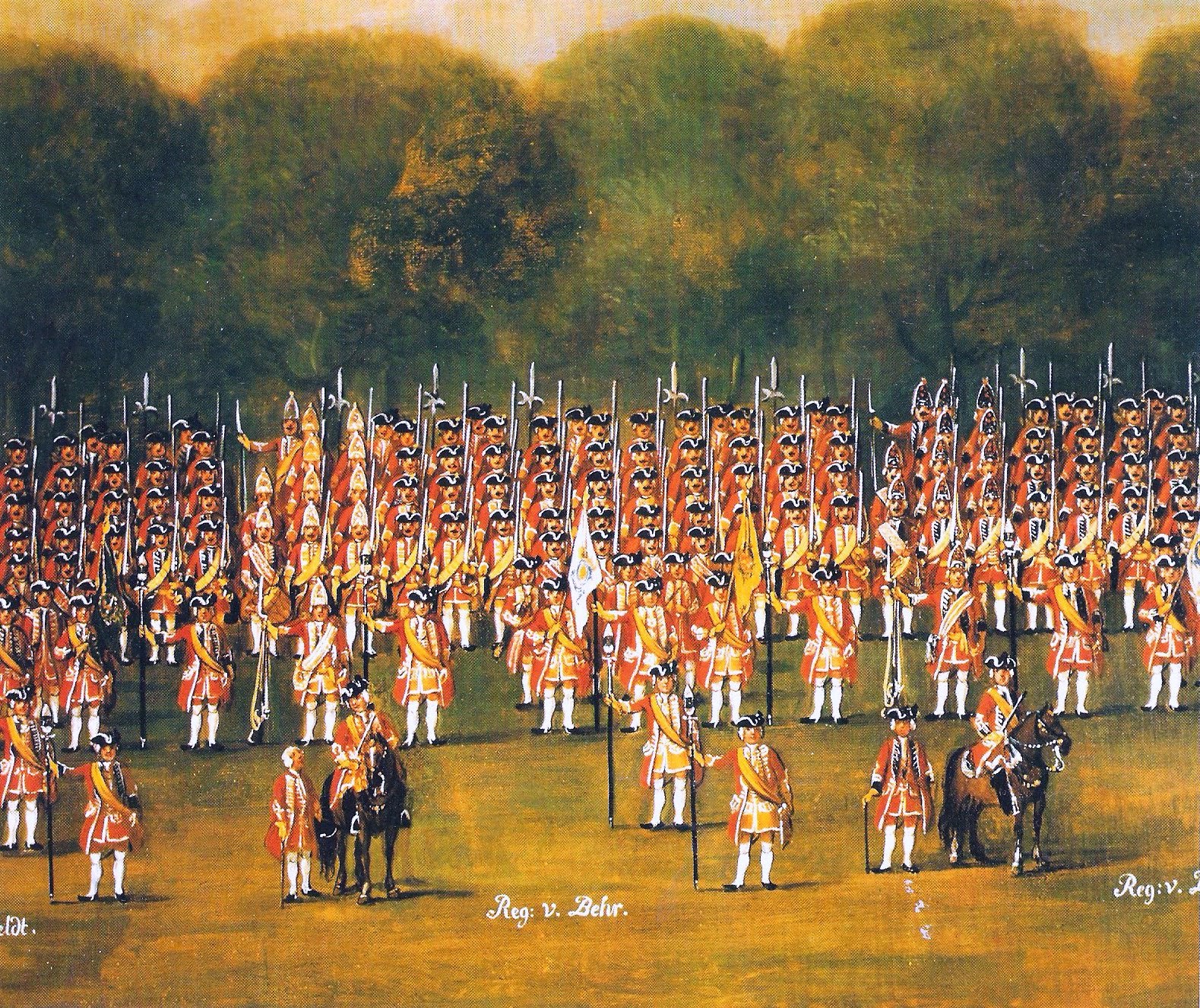 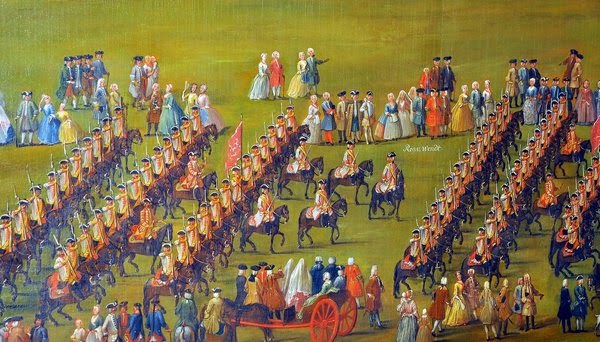 A booklet is available with the whole work depicted - here 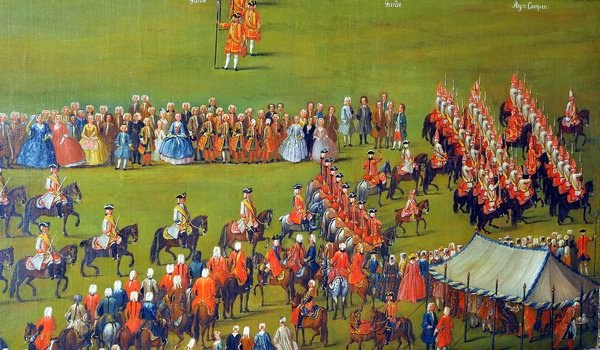 This work represents a new basis for the study of the Army of the Prussian King Frederick the Great; it is an indispensable standard work for anyone interested in the military and cultural history and the crafts of that era. It depicts the uniforms of an army whose military successes laid the foundation for the rise of 18th century Prussia as a major European power, and which, like its royal commander became the military ideal for all of Europe. Their particular style and the grandeur of their equipment were widely copied, and – uniquely for that day – collected by Frederick’s successors for posterity. The result of those efforts is the world’s best collection of 18th  century uniforms, now in Berlin’s Deutsches Historisches Museum, located in the old Royal Arsenal, the Zeughaus. Here, for the first time, all of the more than 200 items are presented and described individually and in detail, with high quality colour photographs and precise measurements.
Many of these original pieces were previously unknown, or had been seen only in drawings or poor quality old photographs. Supplementing these illustrations are photographs of items from other European collections. The total of some 1500 photographs shows an almost complete series of fusiliers’ and grenadiers’ caps, along with such items as cuirassiers’ coatees and hussars’ dolmans, sabretaches, caparisons, cartridge boxes and hats. There are also several uniform coats, including one worn by King Frederick himself.
In addition, this work includes a complete reproduction of the Lace Pattern Book of 1755, a manuscript containing the original embroidery and braid patterns of over 100 Prussian regiments, which is kept at the Deutsches Historisches Museum.
Finally it contains reproductions of the portraits of a large number of Prussian Army officers of the Seven Years’ War period, many of them previously barely known; most are from the Field Marshals’ Hall of the Prussian Military Academy in Groß-Lichterfelde. Also shown are drawings and black-and-white photographs of items from the old Zeughaus Collection that have since been lost.
The text includes explanations of the uniforms and their development, and short histories of each regiment in the Old Prussian Army. It is prefaced by historical essays on the Army of Frederick the Great and the history of the Zeughaus Collection, and includes an in-depth examination of the materials, designs and production methods of the uniforms and trimmings, from the point of view of modern textile conservation.
More here with German text available 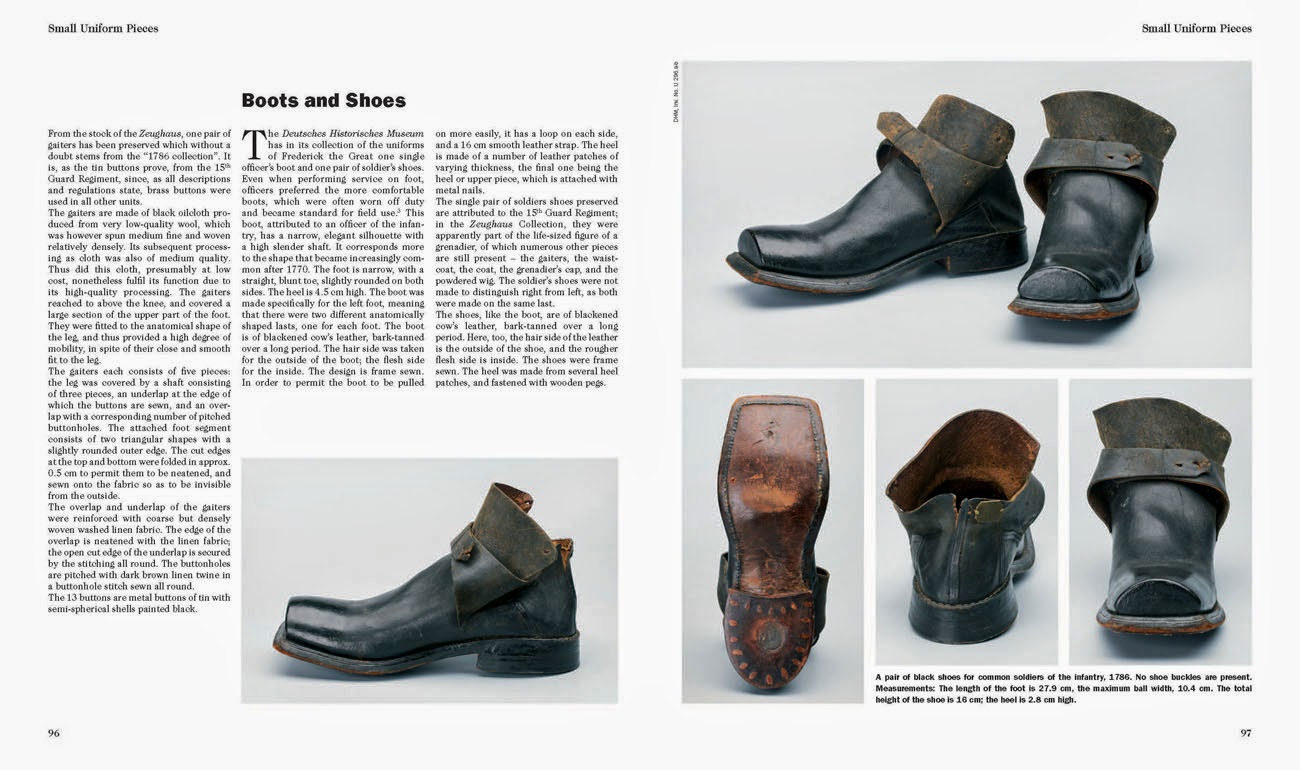 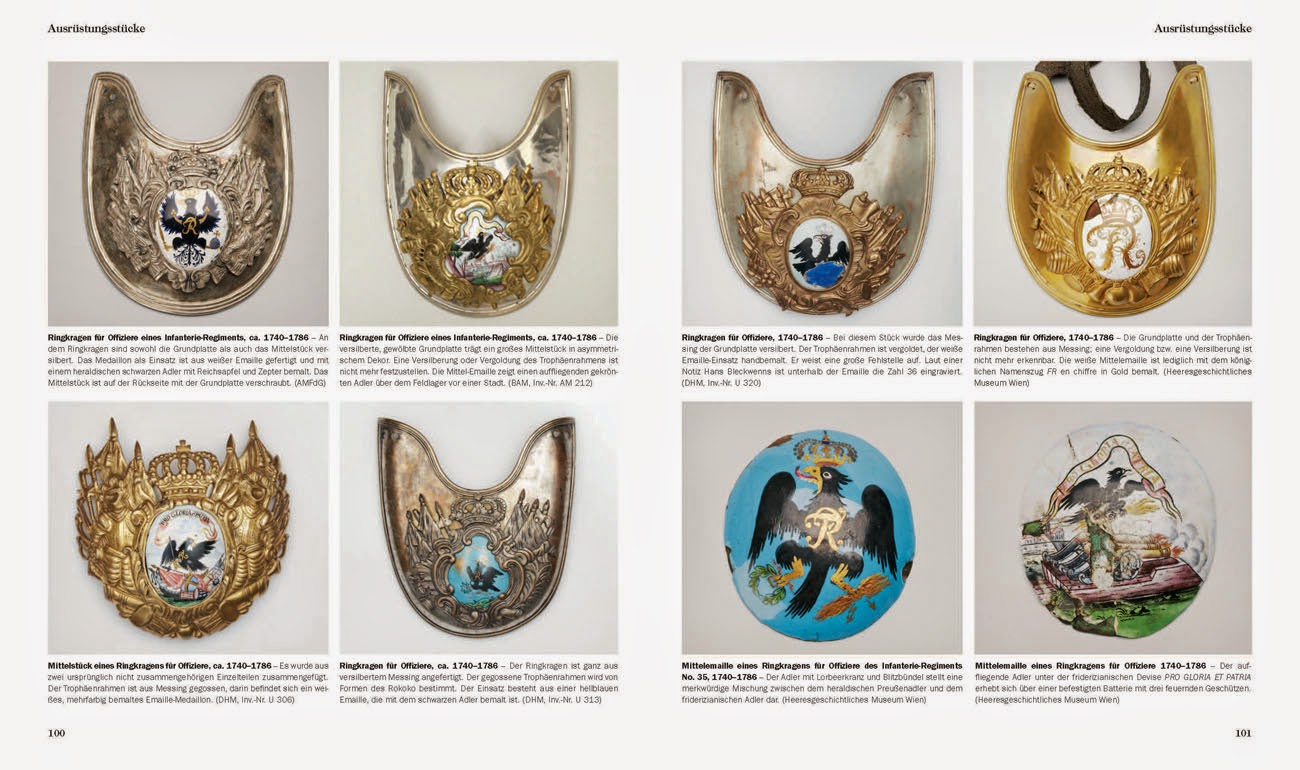