Colourful image of this siege in Northern Ireland.

Thanks to Andrew - I didn't know about these 28mm figures - they look pretty useful for all sorts of things - like Monmouth rebels and so forth. More here.

This image from the excellent Colonial American troops 1610-1774 Osprey by Chartrand/Rickman depicts a sergeant in Dutch New York. Snaphaunce muskets and cartridge boxes make this a well-equipped unit.

Tomorrow is the anniversary of the British capture of New Amsterdam, precipitating the 2nd Anglo Dutch War. They recaptured it again in the 70s renaming it New Orange but negotiated it away in exchange for Surinam. That's my idea of what happened. I may have got it wrong. See some lovely reconstructions of Dutch colonial forts on the Rampjaar blog. I wonder if there's anyone out there who wargames these colonial actions in the Americas? Something for the Glory of the Sun range?
Posted by Ralphus at 05:22 5 comments: 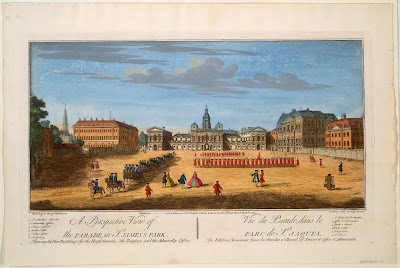 As to the date? I don't know. Here's the details I have
A perspective view of the Parade in St. James's Park
London: Robert Wilkinson, Bowles & Carver, Maurer, John (artist)
Posted by Ralphus at 02:39 No comments: 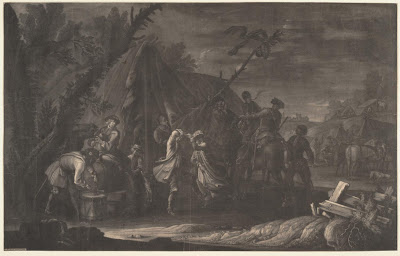 Artist Johann Elias Ridinger. More from this artist at Anne S K Brown. Biography of the artist here
Posted by Ralphus at 04:05 No comments:

If you were wondering how they celebrated the battle of Malplaquet then this footage should give you a fair idea. Looks like a fun evening. 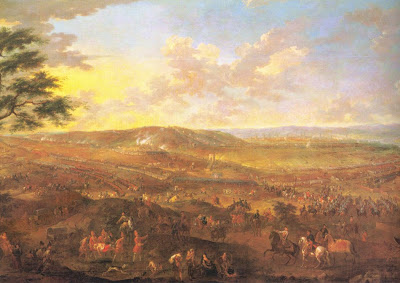 This clip is part of the run-up and preparations to the anniversary next year of this battle in the WSS. There's an interview and more footage here but it's in Spanish. I like the overall look of this group Aetas Rationis and hope to see it grow. 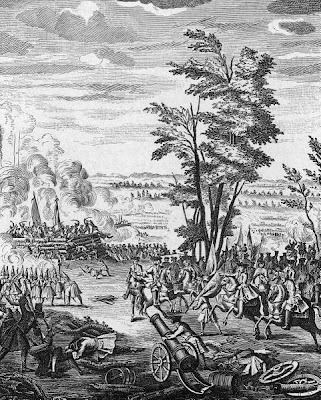 Today (allowing for date change) is the 300th anniversary of this bloody battle of the War of Spanish Succession. A first hand account of the battle is given in the book "Amiable Renegade: The Memoirs of Peter Drake (1671-1753)" on pages 163 to 170. Of course it's also famous for inspiring the hit song Marlbrough_s'en_va-t-en_guerre.

So today we celebrate one of our era's great composers...and he was British. Wiki here. Give it a listen if you don't know his style - this is a great sequence (mainly chosen by me to be honest because of the great image) but it seems to these uncultured ears like a typical Purcell piece and full of flavour from the times. 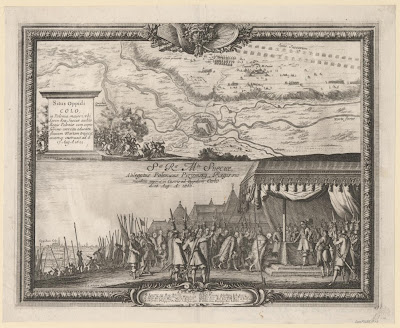 I am not sure what this image depicts. Presumably an event in the Polish-Swedish war but I don't know. Anyone got any ideas?
Posted by Ralphus at 11:31 2 comments:

On the wargaming the Great Northern War blog. The movie gets a thumbs up here...I can't argue as I have only seen clips.
Posted by Ralphus at 04:28 No comments:

As some of you don't live in the UK (you lucky beggars!) I thought it wouldn't hurt to put up this sequence (that is pretty well put-together by someone) that shows the ECW reenactors the SK's Bank Holiday event at York racecourse. It looks like they have made an effort to replicate the look of the armies at that battle than be simply generic ECW so hats off to them. Weather looks just what you'd expect from a British holiday event. Actually I was told once by some English Civil War reenactors that went to take part in an ECW event in the US that when it rained there everyone packed up and went home, leaving them pretty much the only ones there. I find that hard to believe but I shouldn't think it was a lie either - anybody have any thoughts on that? One day we could see a Louis XIV era battle with these sort of numbers...I wonder if we'll ever see that?

Today is the anniversary of the end of this siege between the Venetians and Ottomans. It has the honour of being the longest siege in history lasting from 1648 to 1669 and part of the reason was the capture of the Sultan's harem on their way back from a pilgrimage to Mecca.
Posted by Ralphus at 01:51 No comments: 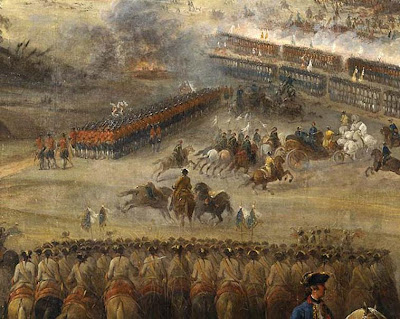 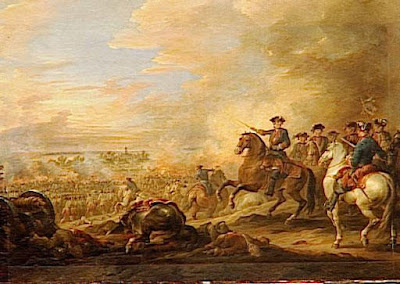 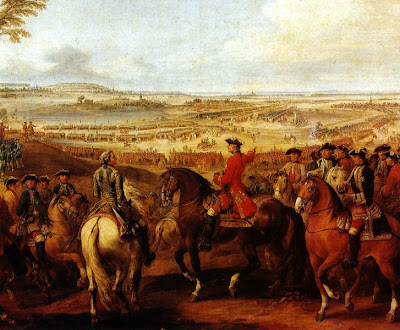 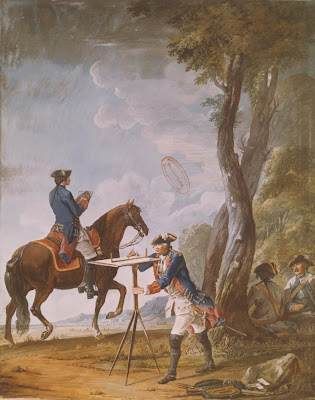 And here. Someone who was a student of Parrocel was this man (1704-87) - also famous for being father of Pierre Charles L'Enfant - a man who had a commission in the Continental army and was the architect of the American capital.

French swashbuckler that has been made and remade many times in many different formats - see here for a list.

Here are a few more bits of Charles Parrocel. Search here for more and other details. 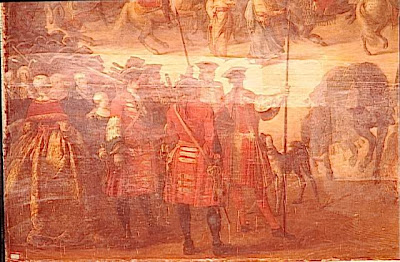 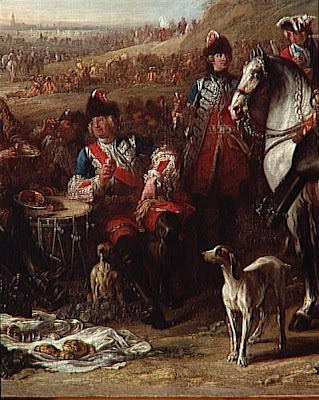 If you have an interest in the Munster army of the period of the Glory of the Sun range there's some interesting images not widely seen before on the web - check it out here. It's a great blog with lots of local colour around the 1672 era.
Posted by Ralphus at 01:44 No comments: 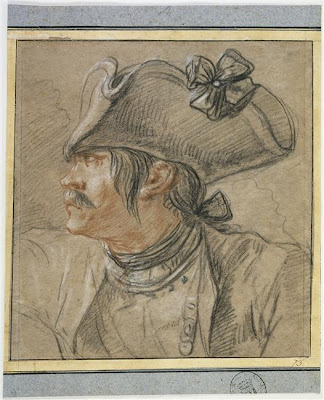 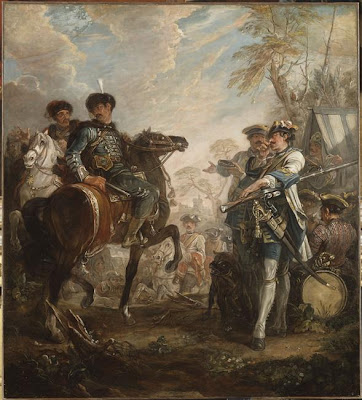 Head of a soldier and Camp du régiment du Roi - "des hussards qui passent à cheval par un camp et dans le fond de la cavalerie en marche" (scène de la vie militaire sous Louis XV)
Maybe these pictures are a little late for this blog being from the age of Louis XV but what the heck? These images from the War of Austrian Succession have the look of earlier artists of Louis XIV's reign and artists like Van der Meulen.