Execution of Charles I 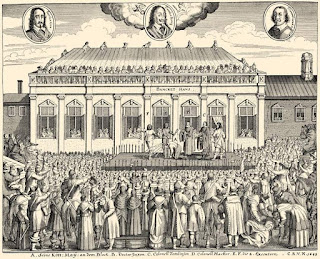 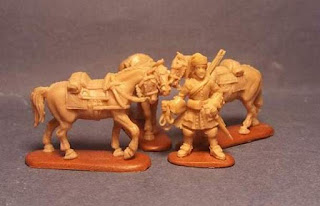 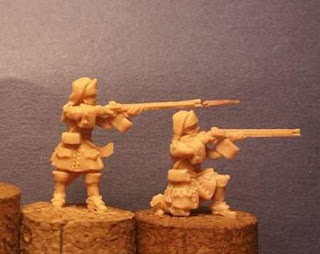 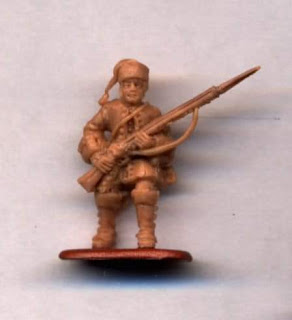 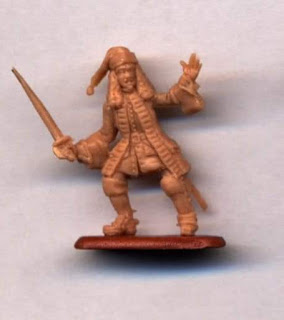 I would think these would be good to paint.

Been loaned this book by Alan. It's very good so far. It is a fictionalised account of the events of  1691 in Ireland. Characters are some of the main players Sarsfield etc. Read about it here or buy an ebook 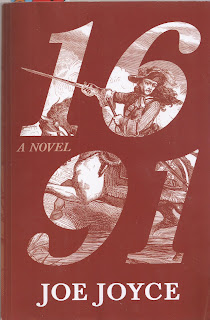 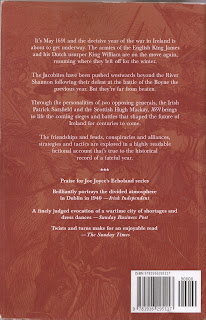 Portugal and the Fantastic war 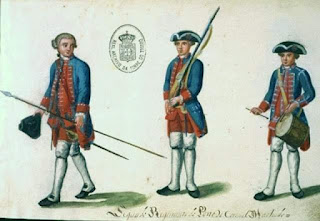 The Spanish–Portuguese War between 1762 and 1763 was fought as part of the Seven Years' War. Because no major battles were fought, even though there were numerous movements of troops, the war is known in the Portuguese history as the Fantastic War (Portuguese and Spanish: Guerra Fantástica ).Wiki
There is now a Facebook group for this for wargamers and others
Posted by Ralphus at 02:41 No comments: 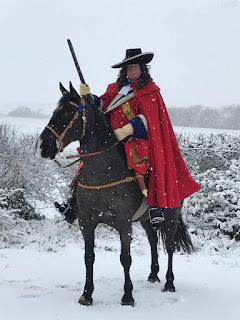 Thanks to Alan for this.
Posted by Ralphus at 13:43 No comments:

Pikes are brush bristles, which we are providing with the pikemen packs. 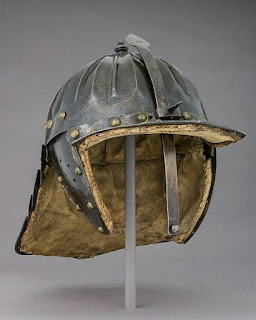 Interesting to see the lining. See more images and read about it here
Posted by Ralphus at 06:57 No comments:

Today's anniversary is this battle in Cheshire.  The Sealed Knot usually reenact it braving the cold and mud but this year had to give it a miss.

Photo from the Earl of Manchester's regiments blog 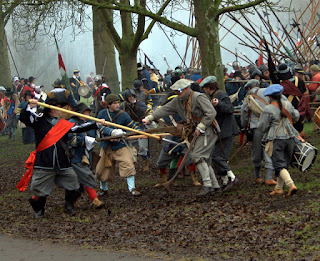 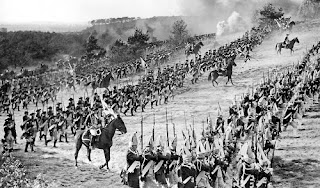 
Somebody was asking on a forum what were the best WSS in that scale. I know these as they kindly sent me some review figures and they are very good. See the range here
Posted by Ralphus at 05:17 1 comment:

Thought I would post about these figures. The last manufacturer of soft plastic toy soldiers in the UK and thankfully thriving. As it stands at the moment they do harquebusiers, lobsters (pic), musket, pike, command, artillery. Great fun to convert with it easy to headswap being soft. Cheap too. Get them here
Posted by Ralphus at 11:53 No comments:

We are delighted to announce that the stock arrived form the mould-maker this week and Simon is going to commence processing Kickstarter orders then pre-orders next week. The figures are already available on the website if anyone wants to order them but the orders will not be processed until the Kickstarter orders are done.

As some of you may know these are the first 11 packs of what we hope will become the best 15mm range on the market. We have endeavoured to put the detail of 28mm figures into this range here are a couple of pictures of the castings that I have inked up, we are really happy with the quality, Griffin have done a great job in capturing the detail and you will be able to achieve grand scale collections with very fine detail. Over the coming year there will be artillery, characters and many more troop types added. The next packs should be out in March. 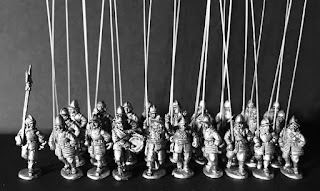 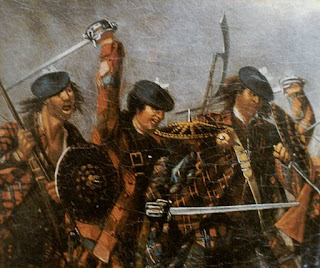 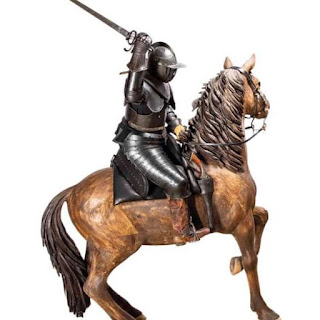 
As a Westcountry-man the Civil War in the West has always been of great interest to me so this book I looked forward to immensely. Suffice to say I was not disappointed. The author Laurence Spring is rapidly becoming a go-to author on 17th century armies. This one is excellent and perfectly suitable if like me you like English Civil wargames as this book is perfect for recreating Hopton's forces at Lansdown, Cheriton or Roundway down. The legendary Cornish Foot are examined something I was very interested in with great colour plates by Maksim Borisov. There are chapters on clothing, arms and armour, pay and casualties but the main thread is on the 3 armies Hopton  commanded. Very in-depth and very interesting.
Posted by Ralphus at 05:42 No comments:

These are really great in my opinion. My kind of scale.

Neville says 'First outing, a la lockdown solo game, for some 54mm SYW figures. A Prussian force tries to take a walled enclosure from a force of Saxons backed by Austrian Cavalry'. 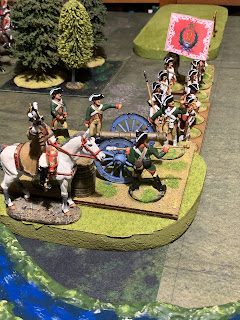 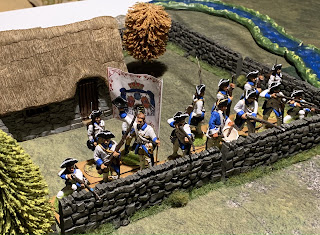 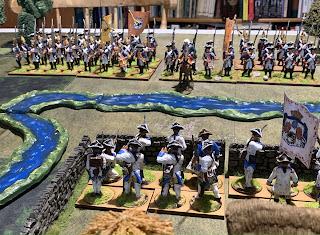 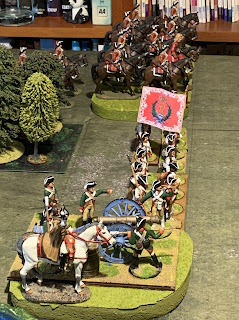 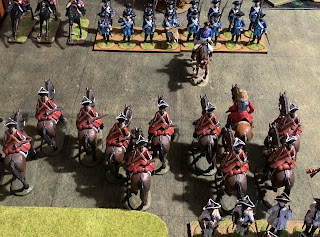 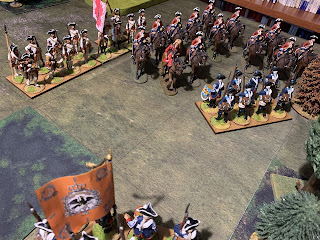 there is a mixture. Most of the Prussian's are Hat. I think these are very nice figs, and pretty good value too. Command, Musketeer, Fusileer, and Grenadier are available. The Saxons are some Armies in Plastic AWI pretending. These are not so good and paint doesn't adhere so well (the'll do though). There are some Armies in Plastic AWI Cav as well but these are a bit hidden. Most mounted are Del Prado and again we are pretending a bit, many being a bit earlier or latter than SYW. A man in a Tricorn on a horse is tricky to find! Some minor conversion on generals. Hat has been promising some SYW Austrians since shortly after the war ended.'

Let's hope Hat doesn't take too long for the Austrians/. 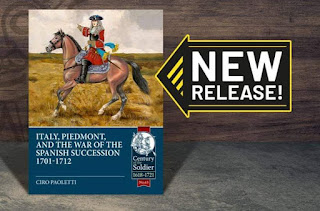 New Release from our Century of the Soldier series!
Italy, Piedmont and the War of Spanish Succession 1701-1712 is now available to buy on our website.
✨Save £7 until Sunday 17th January ✨
Buy it here: https://www.helion.co.uk/military-history-books/italy-piedmont-and-the-war-of-spanish-succession-1701-1712-.php
Posted by Ralphus at 07:34 No comments:


Today's anniversary, Wiki
Posted by Ralphus at 03:25 No comments: 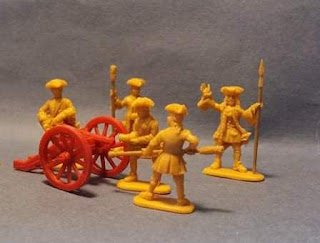 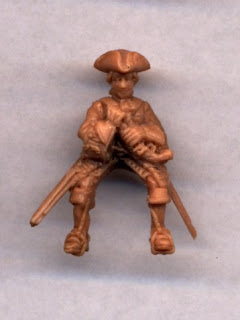 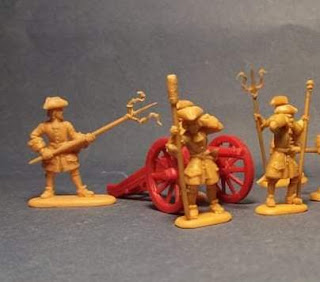