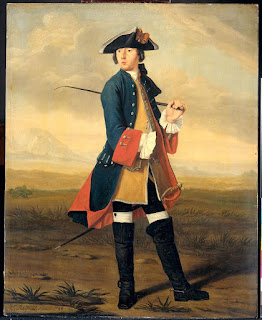 The Duke of Lorraine and Imperial troops crossing the Rhine before Strasbourg, 1744 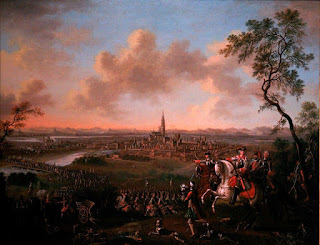 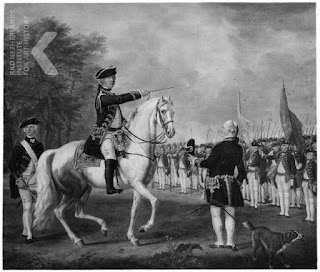 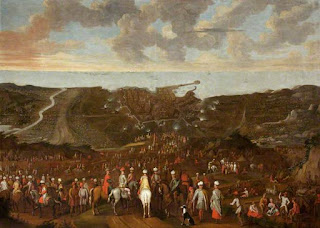 The Moroccan city of Tangier was given to Charles II in 1661 as part of the dowry of his Portuguese bride, Catherine of Braganza. It was besieged by the Sultan of Morocco in 1679 and the English withdrew in 1684, destroying the city’s fortifications before their departure.
This bird’s-eye view of Tangier is thought to represent the deliberate destruction of the city’s defences by the troops of Admiral Lord Dartmouth, watched by Moorish troops in the foreground. It is not known when it entered the collection at Dyrham Park, but it would have been an appropriate picture for William Blathwayt I (1649?–1717), who was appointed Secretary of State for War in 1683.
Posted by Ralphus at 01:41 1 comment:

Labels: British troops of the Restoration, great sieges in art 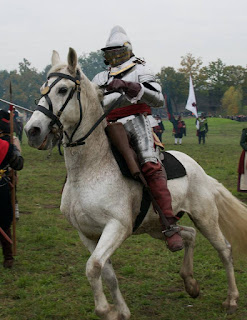 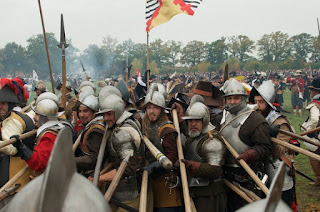 Groenlo is overtaken by re-enactors in the latest edition of this fantastic event.

All rights reserved © Copyright Phil Thomason 2015
Posted by Ralphus at 16:02 No comments:

Here is the FB page for all the recent views. It seems to have been a successful weekend - looks fun. Well done to all those who took part - including quite a few from the UK.
gallery here for the weekends action
there's another gallery here with good action shots
Posted by Ralphus at 07:20 No comments: 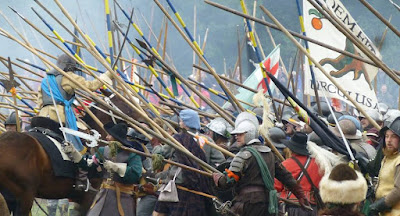 Image by Dolf Ruesink - more here
The event is still ongoing in the Netherlands but there are already some spectacular images on the web if you are interested.
Posted by Ralphus at 04:51 2 comments: 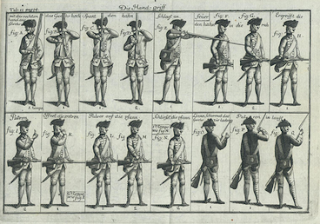 Here for Prussian drill of 1759 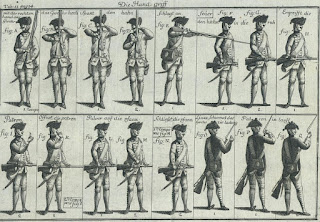 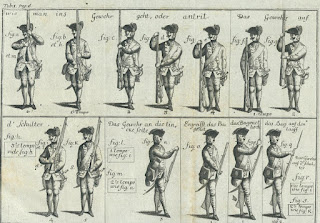 A light infantry formation that was at the Siege of Belle Isle.
Kronoskaf entry

Article here
Posted by Ralphus at 04:06 No comments:

New living history group portraying the troops of the 45 as well as the 1690-1719 period too. They are about to embark on new Royal Ecossais kit so keep an eye open for that. FB page
Posted by Ralphus at 03:56 No comments: 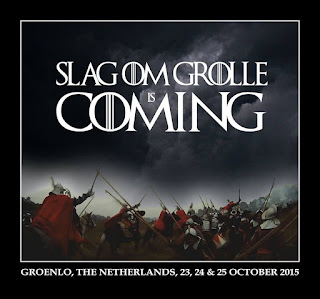 THE SIEGE OF BELLEISLE (song) 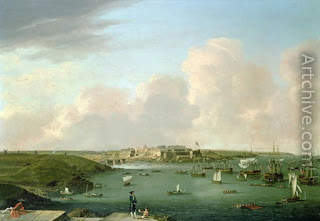 THE SIEGE
OF
BELLEISLE.
Printed and sold by J. Jennings, No. 15, Water lane,
Fleet street.
COME all you bold Britons that are prating at home,
I'll tell you how the seige of Belleisle it began :
On the eighth day of April we attempted to land,
But we were drove back as you shall understand,
For the French boys they came down so thick on the sand,
Our grenadiers climb'd the rocks that were high,
In thinking to make the proud monsieurs fly ;
But they were so numerous no good could be done,
For the French they came down like the motes in the sun,
But still British boys they refused to run.
We retired to our shipping and rested awhile,
'Till the twenty-second, when kind fortune did smile ;
Our shipping did cover us while we did land,
Which made it so hot monsieur could not stand,
For still we kept firing for to clear the land.
Then we march'd up the island and they all fled away,
We saw nothing of them until the next day ;
At the end of our town they formed two lines,
For to draw on our army and then spring their mines,
But providence prevented their evil designs.
Then we pitched our camp on the island secure,
To make breast-works and batteries we straight did pre-
pare,
At breast-works and batteries we work'd night and day,
Their shot and their shells upon us did play,
And many a bold British corpse there did lay.
Our Royal Artillery acted their part,
Against their strong walls they play'd away smart ;
Their thirty-two pounders they play'd away fast,
While our underminers prepar'd for a blast,
Which made the old governor surrender at last.
It was on Whitsun-Wednesday we entered town,
The bells they did ring and the music did sound ;
We drank good healths in flowing bowls,
Success to King George and all his loyal souls,
And may we bold Britons never be controul'd.
So now to conclude here's an end of my song,
Belleisle is our own, we have sent the French home,
We've sent them to Louis this news for to bring,
That Belleisle is govern'd by a British King,
Success to his army and long may he reign.
Posted by Ralphus at 05:25 No comments:

Interesting and well illustrated look at the fortifications of Belle Isle - which was captured in 1761 by the British.
Posted by Ralphus at 10:41 No comments: 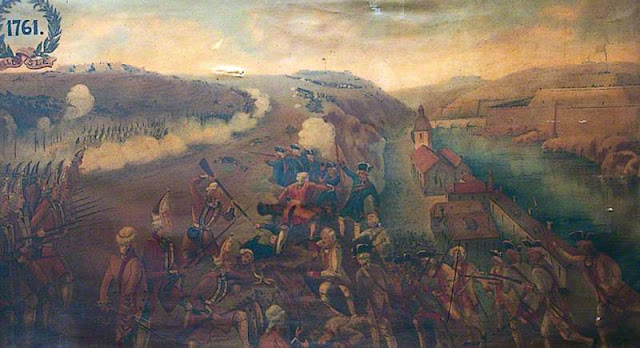 Where to see this painting?

Interesting movie set in the Thirty Years War - mostly remembered these days for the John Barry soundtrack. Imdb
Posted by Ralphus at 04:36 No comments: 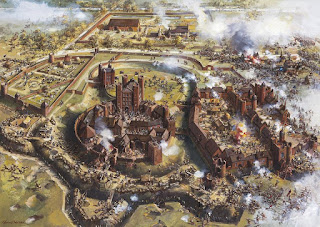 Today was the day of the final assault on the Royalist positions by the New Model  Army. WIki 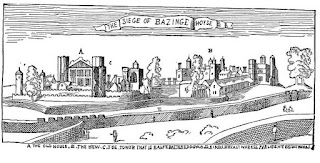 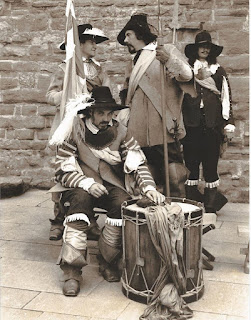 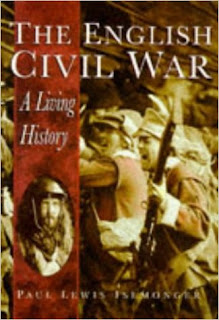 Some really great monochrome photos are in this book from quite a few years ago.
Posted by Ralphus at 02:32 No comments: 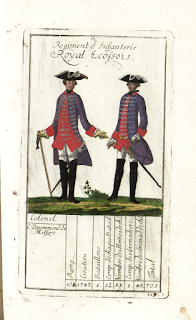 I have a FB group for this short-lived French regiment. Kronoskaf entry here
I am interested in finding out more about their SYW career. Anybody know? 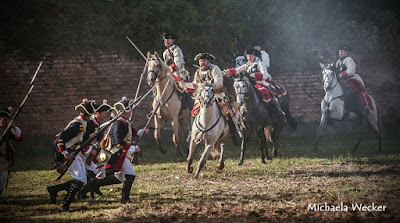 Lovely image from Photo Wecker
Posted by Ralphus at 01:30 1 comment: 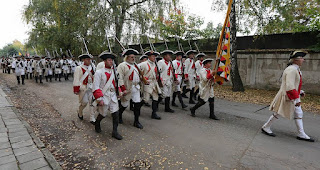 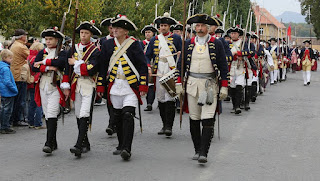 This weekend in the Czech republic is the big Seven Years War weekend at Terezin. This video captures the event as it was in 2013 with all the night battle and everything...
Posted by Ralphus at 05:20 No comments: 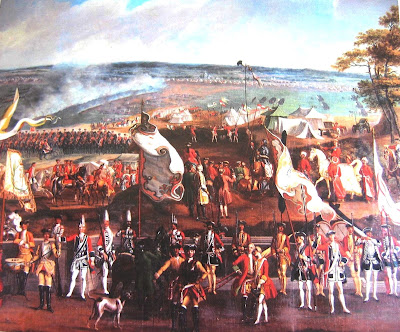 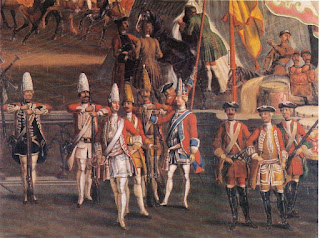