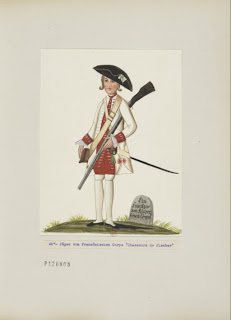 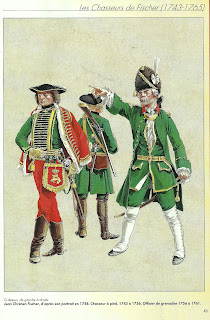 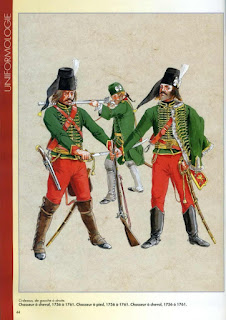 SYW project info here. Most sources depict them in a green uniform with a cap
Posted by Ralphus at 09:03 1 comment:

This battle was fought today. Go here for more on the battle. Wiki here
Posted by Ralphus at 04:22 No comments: 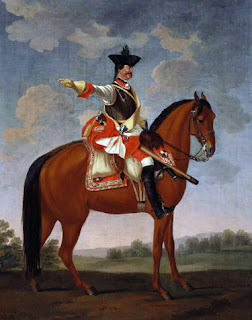 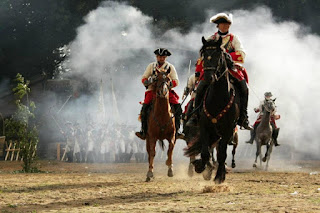 Don't know the name of this unit or who took the picture so get in touch if you know and I will update it. Lovely picture though I am sure you will agree.
Posted by Ralphus at 04:16 1 comment:

Here for those interested in artillery
Posted by Ralphus at 09:07 No comments:

http://www.hagen-miniatures.de/
I guess you know me through my blog at  www.historyin172.blogspot.com or through my old shop at www.fritz-figures.de that I paid sculptors to make me special figures for our annual diorama projects or simply exotic figures for my collection of which I thought nobody else would do them.  I started selling the figures with the hope to be able to pay for more masters from the profit.  The new project for example is the German Schutztruppe in German South-West Africa as you can see on the blog.
This idea of producing your own figures several friends liked and some already started to produce their own stuff too but don't sell them at the moment. Together with my friend Andy Brune (former chief of Finescale factory and Imperial modellbau) and Roland Umhey we decided to open a new shop. The idea behind this shop is to give all these small "own-producers" a way to sell their stuff and earn some money - and for us to get figures we wouldn't have had the chance to buy otherwise.
We have a lot of ideas like for example an exclusive series of figures painted by Kristztian, a joint production of future subjects if we can be sure that the number of selling would cover the cost, or for example a magazine for 1/72 figures and much more.
We are open to everything and would await your suggestions and critics. And maybe you have something you want to put into the shop?
And here you have the official text we publish on the forums at the moment:
Hello all,
I just wanted to let you know the news. Our shop is very close to opening now!
See it at www.Hagen-Miniatures.de
We are planning to open the shop on the 1st February with a wide range of figures, models and equipment in the scales 1:100 to 1:16.
Our idea is to offer mostly items which are not of mainstream interest and which you can't - or just with great difficulty - get elsewhere.
As a special service we will offer private collectors, casters or sculptors a shop for selling their figures and models.
We would do all the production, storing, selling and sending the figures and models around the world. Also we will be at most hobby-fairs in Germany and some in other countries as well to offer the models and figures to the public
As you know a lot of hobbyists have made great conversions or models in the past and it is a pity that these little gems are not for sale! Many people would like to sell their figures and models to earn some money from the hobby, but fear the work and the problems with having their own shop.
We would take the job over and ask a fee which would depend on the amount of work we would have to do (between 20 and 40% of the selling price). For more details of this see our new homepage
In our shop we will have special "chapters" for each manufacturer. So you will have your own little shop within the main one.
The shop is sorted into scales, the main focus will be 1/72. But other scales will be catered for too!
Some manufacturers, for example Imperial-Modellbau, offer several scales - others just focus on one or two scales.
We are working fast to fill the new shop with life and we hope the collectors will like it.
If you have any comments or criticisms, please contact us. We will always LISTEN!!
The Team from
Hagen-Miniatures
All the best for you
Uwe
Posted by Ralphus at 08:37 2 comments: 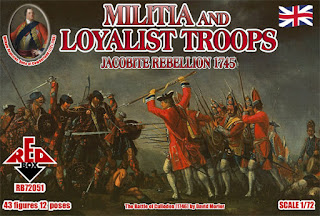 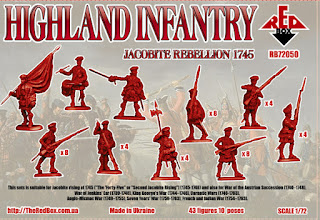 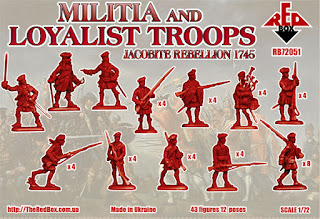 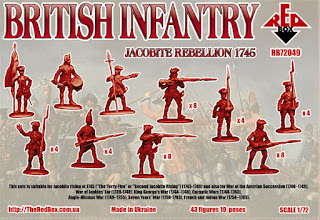 These look really good sculpts - I can see myself getting some of these - thanks to Thomsomfeld for finding this. Can' t wait to see more from this range. Website
Posted by Ralphus at 06:20 5 comments: 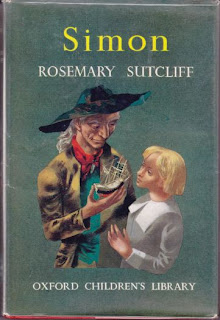 This battle the last major action of the 1st Civil War took place today. The battle is depicted in Rosemary Sutcliff's novel 'Simon'. I remember reading this book at school - any of you remember it?
Posted by Ralphus at 05:32 3 comments: 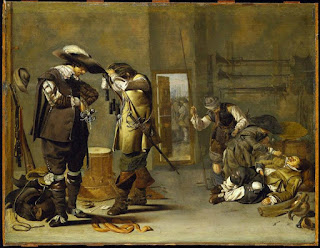 This is an interesting painting found on the Compagnia Santa Brigida Facebook page.I don't know anything about it - date etc - anyone know?
Posted by Ralphus at 03:57 6 comments: 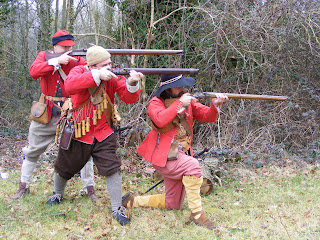 Thanks to Steve Stanley for spotting this fresh new webpage. Its a much needed guide to dressing correctly for the ECW period. Men and Women covered.  Check it out 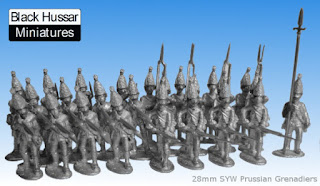 New manufacturer based in Germany. Some SYW Prussian grens for you to check out - website here. Also musketeers and artillery listed. They seem to be well researched with drill poses recreated.
Posted by Ralphus at 08:59 No comments: 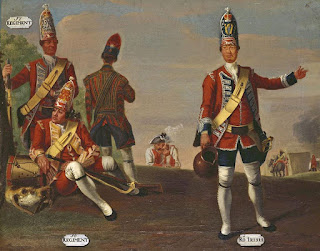 c.1751-60
David Morier (1705?-70)
Possibly painted for William Augustus, Duke of Cumberland
Interesting for its showing of the false hanging sleeves of the drummer.