Here to pledge to get this project off the ground. More here
Posted by Ralphus at 14:07 No comments: 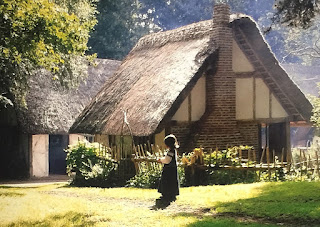 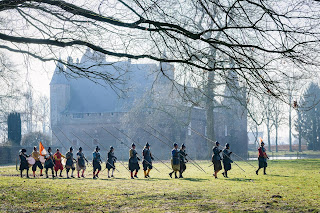 This Dutch 80 Years War group had a 16thc castle to play in last weekend. A friend of mine went from the UK. See more pics on their Facebook page
Posted by Ralphus at 07:14 No comments: 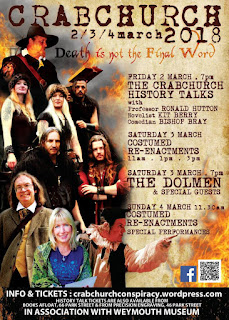 Beneath the Lily Banners: The War of Three Kings (PRE-ORDER NOW)

Time to order - here
Posted by Ralphus at 07:26 No comments: 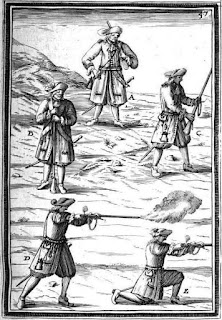 From Alain Mannesson Mallet
Posted by Ralphus at 10:26 No comments:

Baptiste Blacatz posted these - here are the military ones.

Today's anniversary. Wiki
Posted by Ralphus at 03:26 No comments:

For the 17th century Bruno Mugnai is one of the best artists there is so I was very interested in his news of a new series of books for the period 1658-1687 published by Helion. This should be useful for readers of this blog so I quote Bruno.
'In the next month I am going to start the first part of a new project that will keep me engaged for a while. The series has the provisional title 'Armies of the Grand Siècle', and focuses on the period 1658-1687. These are the years of the dawn of the uniform, but they are also the less investigated in Military History. Several Romantic or Modern reconstructions codify the soldier of this age in an unrealistic and repetitive manner, while this was a period very complex and full of innovation, both for clothing and war equipment.
As Netherlands will be followed - obviously - by the French Army, then Spain and Portugal, Habsburg Austria, German States, Sweden, Denmark and others, including the Italian 'earth pots' such as Genoa, Tuscany, Papal States, Mantua, Parma, Modena, the Knights of Malta and Lucca, which will be included with the two 'major powers' Piedmont-Savoy and Venice.
Occasionally, I will publish something about the progress of the work and if the contributions will be in significant numbers, I will open a FB page devoted to this project.
Here you find a preview of the French mousquetaire of 1660, reconstructed after the drawings of Mallet and Marbot, ' 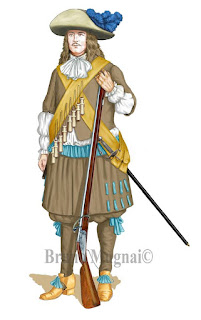 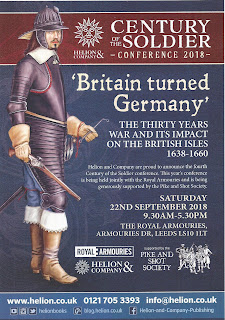 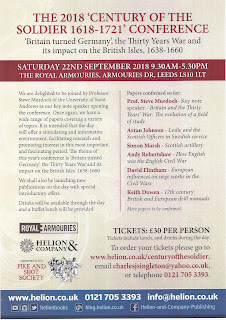 Peter the Great Humbled. The Russo-Ottoman war of 1711 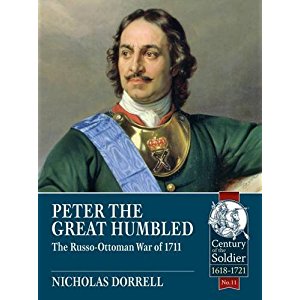 This is a superb book on the disastrous war in the Balkans between the Russian and Ottoman Empires. There is a shortage of books in English on this subject (Great Northern War and related campaigns) so this is a worthwhile addition to the range of available books. Nicholas Dorrell is well-known as an author for this subject and he covers the armies and campaigns well with orders of battles, uniform details and campaign analysis. There are some excellent plates of uniforms by Maksim Borisov. Also colour plates of Russian reenactors are used to illustrate the Russian side. Depicted in illustration are the impressive array of troop types involved, Cossacks, Moldavians, Walachians, Swedes,  and Poles. If you are thinking of wargaming this campaign then this book will be the book to get. Recommended
Posted by Ralphus at 09:04 5 comments:

Hey for Old Robin!: The Campaigns And Armies Of The Earl Of Essex During The First Civil War, 1642-44 (Century of the Soldier) 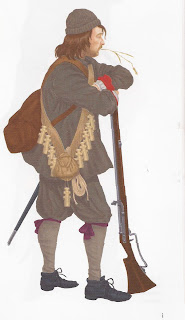 English Civil War study has come a long way from when I first became interested in the 1970s. Part of this must be fuelled by the thriving English Civil War reenactment scene providing an interest and demand for the minutae of information. The authors of this book about the army and campaigns of the Earl of Essex Chris Scott and Alan Turton certainly cut their historical teeth in the early days of ECW reenactment and have become respected  historians in later life. Both historians are ideally qualified for the job - but what's the book like?
Words like sumptuous and exhaustive come to mind. Sections on the clothing, campaigns, general history, weaponry - no stone is left unturned in presenting a comprehensive analysis of the Roundheads of the early Civil War. Pleasing maps and colour plates pepper the work as well as useful photos of the sites involved in the conflict.
Of particular interest to me is the disastrous Lostwithiel campaign in the West which saw the army surrendering and being disarmed and plundered by the local population.
Of course there is a chapter on the early life of Robert Devereux which then is followed by the Edgehill campaign. All the campaigns of the early Civil War are covered in great detail alongside the other luminaries of Essex's army.
In short if you have an interest of the Earl of Essex's army whether for local history, wargames or general interest this is the book to suit.
Posted by Ralphus at 08:35 No comments: