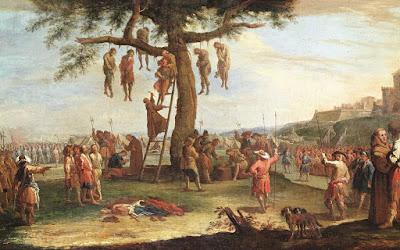 Not sure of the date this was executed but it reminds me of the Monmouth Rebellion so I am going to tag it thus
Posted by Ralphus at 12:07 1 comment:

Blogger Gromoboy posted this study in a comment but it really deserves more coverage. Yes it's in Russian but the images are tremendous.
Posted by Ralphus at 06:02 1 comment: 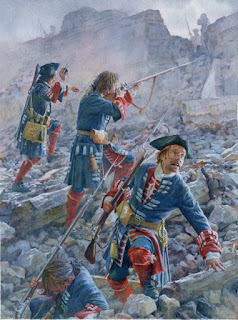 King Louis XIV's Gardes Françaises assault the breach of a fortress in Flanders in the early 1700's.
FROM: Osprey Publishing's- Weapon 44, The Flintlock Musketier
Print from here
Posted by Ralphus at 03:15 No comments:

Starting the season off in fine form are the SK 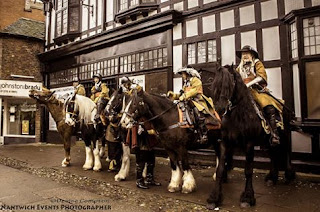 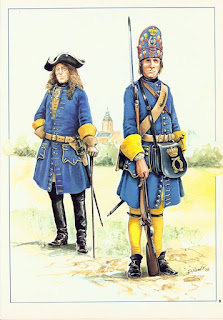 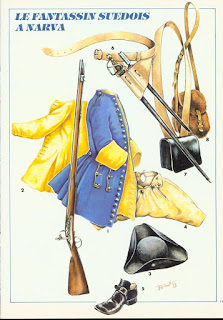 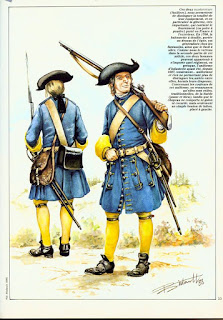 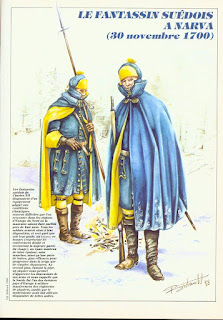 BBC 2, 18:30 tonight: Michael Portillo on Great British Railway Journeys will 'visit' the Bloody Assizes in Taunton. Features a reenactment by the Taunton Garrison
Posted by Ralphus at 02:59 No comments: 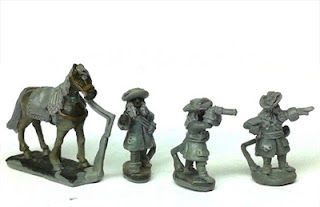 Here for the details. Thanks to Jurjen for the heads up. It's a popular range and I know a lot of people rate them. I'll have to indulge soon to see what they're like.
Posted by Ralphus at 03:36 No comments:

I have started a new blog on the late 18thc - the French Revolutionary wars etc. I know it's not that popular a period but I hope someone likes it. Here
Posted by Ralphus at 03:07 No comments:

The game will be run in English and with English game materials, so open for anyone (capable of English )
by Jaap Boender
De Ark van Oost, Nijmegen, 13th of February 2016

This is the megagame of one of the darkest hours in Dutch history, when the country is being assailed from all sides. The people are beyond reason, the government is beyond hope, and the country is beyond rescue. Can the patricians of the Dutch Republic turn the situation around, or is the freedom that was so hard won destined to be lost again?
The year is 1672, and the simmering rivalry between Louis XIV of France and the Republic has finally turned into all-out war. Mortally insulted by the attempts of the Republic (then ally of France) to keep him out of the Netherlands, the French king is bearing down on the Republic with an enormous army commanded by the most famous generals of the time.
More here
Posted by Ralphus at 14:52 No comments:

Falkirk Local History Society
Posted by Ralphus at 12:12 No comments:

The Militia of The Monmouth Rebellion 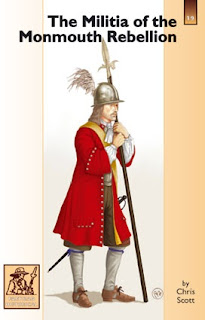 The Militia of The Monmouth Rebellion Reveals just what a well-organized, equipped, and creditable army they were, being capable of drilling, marching and even fighting when called upon to do so.
In his political moves to expend his small regular army, James II denigrated his militia, saying they were not up to the job of defending the county, and implying that they were cowardly, ill-disciplined, poorly administrated, badly led, and prone to deserting.

James and his senior commanders, in a remarkable piece of political spin created a picture of an unreliable force, virtually useless on all occasions. This concocted interpretation has been repeated by generations of historians, but the problem is that it's just not true. 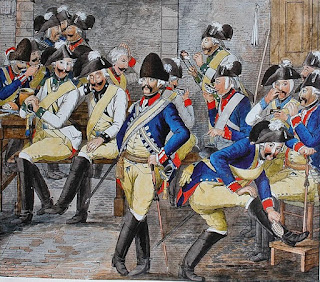 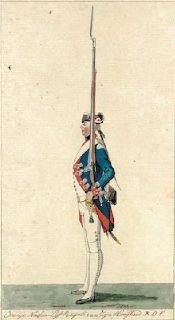 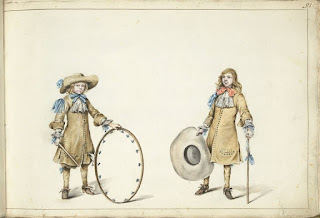 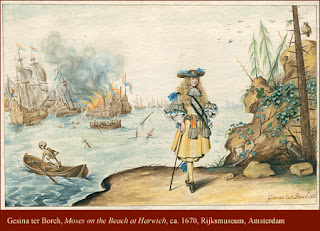 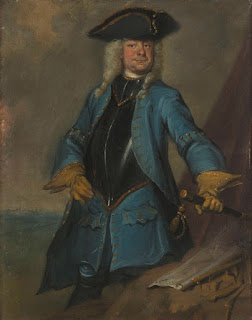 , Quartermaster General of the Cavalry, Colonel of the Orange-Groningen Infantry, Commandant of Grave, Cornelis Troost, , c. 1725
https://www.rijksmuseum.nl/en/collection/SK-A-3933
Posted by Ralphus at 03:11 No comments:

Inspection of a Cavalry Regiment

, presumably by Willem van Hessen-Homburg, by Cornelis Troost, 1742. Thanks to Marc Schaftenaar for this. 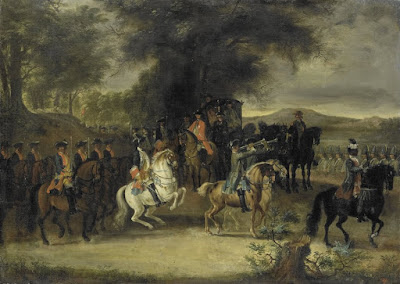 The Turkish siege of Vienna 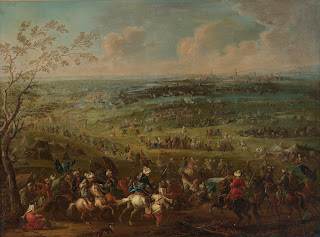 The March of Turkish troops. 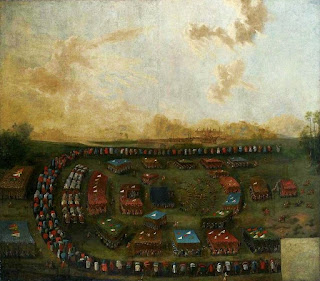 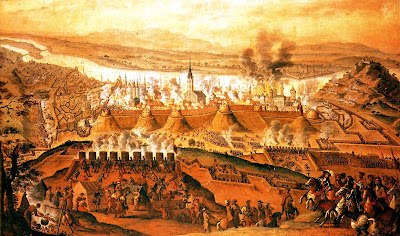 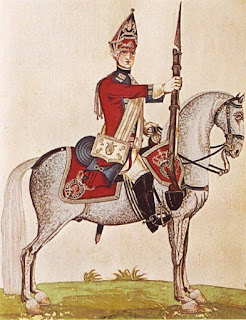 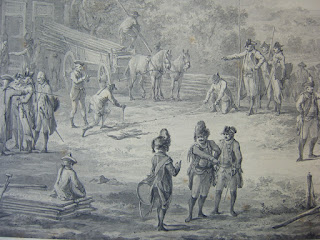 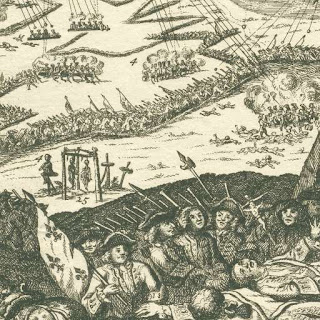 From the wiki
The great bravery of the 43rd Highlanders (later renumbered the 42nd) and the admirable service which they rendered at the Battle of Fontenoy in 1745, made the Government anxious to avail themselves still further of the military qualities of the Highlanders. Authority, therefore, was given to John Campbell, 4th Earl of Loudoun to raise another Highland regiment under the patronage of the noblemen, chiefs, and gentlemen of that part of the kingdom, whose sons and connections would be appointed officers. The regiment was raised at Inverness and Perth in August 1745.
The regiment fought at the Battle of Prestonpans in 1745 where they were defeated and many were taken prisoner but later released. Three companies of Loudon's Highlanders fought for the British Government against the Jacobites at the Battle of Culloden in 1746, where they were victorious, alongside one company of Highlanders from the 43rd Highlanders, otherwise known as the Black Watch.[1]
The regiment was ranked as the 64th Foot in 1747. It served at the siege of Bergen op Zoom where it distinguished itself and suffered over one thousand casualties out of a complement of 1,450. It was disbanded in 1748.[2]

Aftermath of the Monmouth Rebellion in 1685 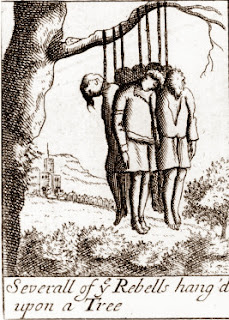 Jeffreys made all the West an Aceldama; some places quite depopulated and nothing to be seen in ’em but forsaken walls, unlucky gibbets and ghostly carkases.  The trees were loaden almost as thick with quarters as leaves; the houses and steeples covered as close with heads as at other times with crows or ravens.  Nothing could be liker hell than all those parts; nothing so like the devil as he.  Caldrons hizzing, carkases boyling, pitch and tar sparkling and glowing, blood and limbs boyling and tearing and mangling, and he the great director of all.
Western Martyrology
Read about it here
Posted by Ralphus at 05:38 No comments:

Duke of Monmouth by Peter Lely (after) 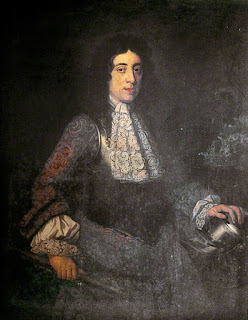 Not sure when this was painted. The Royal English Regiment of which he was colonel wore grey - just saying...
Posted by Ralphus at 05:44 No comments:

Thanks to Stephen Ede-Borrett for the heads up about this Free download by Chris Scott.
Posted by Ralphus at 03:35 No comments: 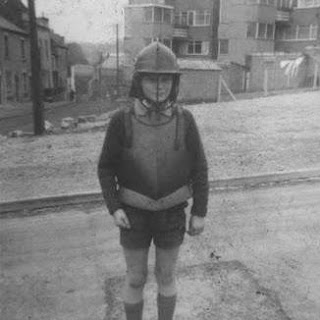 This is an old photo of me in Frome. The kit was a loaner from the local museum.
Posted by Ralphus at 08:24 1 comment: 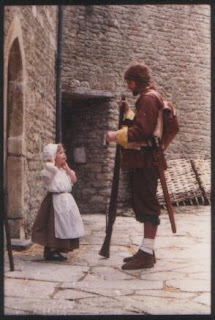 Me and my daughter when we were in the ECWS in about '86. Desert boots - seaman's socks and a buff coat mixed with a Kirstie Buckland Monmouth cap and newly authentic tube snapsack - as opposed to the hand bag variety of hessian bags so prevalent up till then. Regimental musket. I did eventually get me some Sarah Juniper shoes.
Posted by Ralphus at 14:35 5 comments: 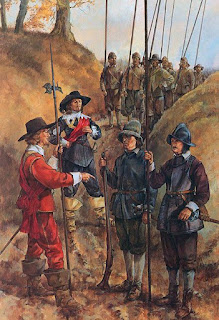 I like this image but probably because it remends me of my time reenacting the ECW.
Posted by Ralphus at 09:20 No comments: 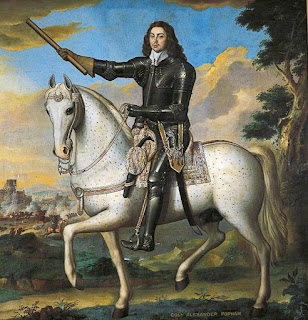 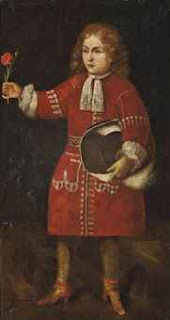 Portrait of a boy, full length, in a red coat with golden trim, holding a hat and a red carnation
Zoomable image here
Posted by Ralphus at 09:05 No comments: 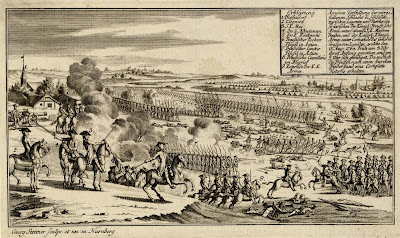