The Battle of the White Mountain and the Bohemian Revolt, 1618-1622 Laurence Spring 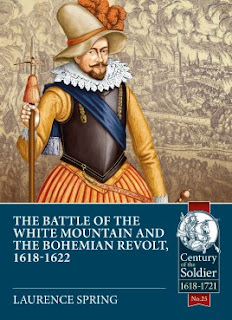 This is a really superb book. Could have done with it a few years ago when I was wargaming the TYW in 15mm when all you could get was general histories in English - serious studies were all in Czech. Now we have this taken from both sides a well researched and illustrated book. Book starts off with a detailed analysis of the two armies and then takes the reader from the Defenestration in 1618 to the campaigns of 1619-1620. Illustrations of the troops involved are by the talented Bruno Mugnai and the flags by Mark Allen. Participants of White Mountain came from all over Europe, Spain, England, Hungary, Poland - troops were drawn from all over including Hopton and Waller who would be enemies in the Civil War.  So with the 400th anniversary of this battle approaching this is a very useful resource. I may even try again to wargame it. 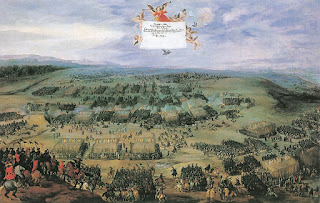 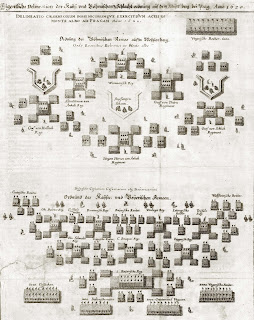